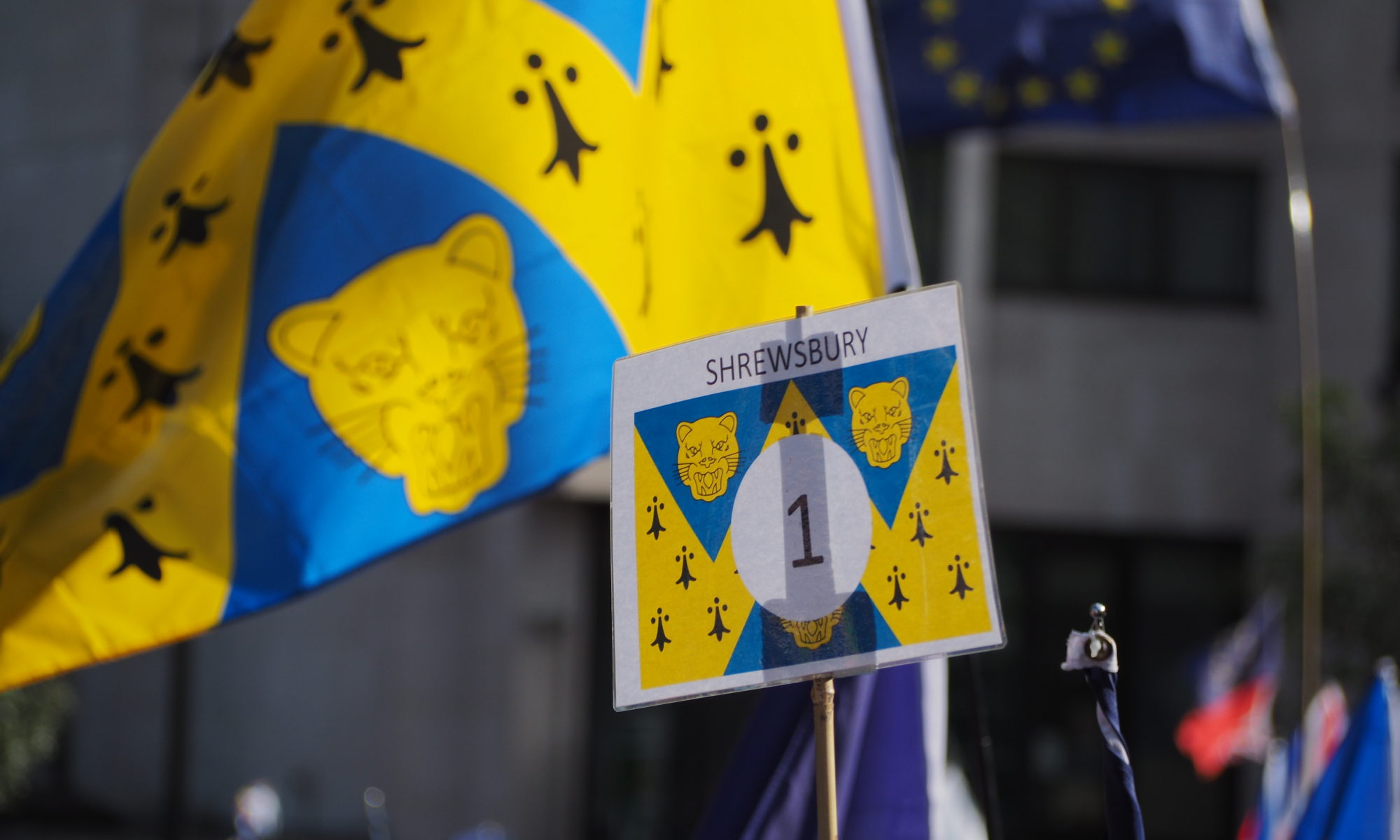 Helen Morgan, Liberal Democrat Prospective Parliamentary Candidate for North Shropshire, travelled with the Shropshire contingent to demonstrate with her family. She said “We have had a memorable day, marching with friends from all over the UK, and the rain did not dampen our spirits. But this immense crowd knew that this was probably our last chance to be heard. Boris Johnson’s withdrawal agreement may only defer a catastrophic no-deal Brexit for a short period of time, and almost all opinion polls since 2017 show that Britain has changed its mind. We need to put this back to the people for a final say”.

Organisers estimated that over one million people from all over the UK attended the demonstration, in one of Britain’s biggest protests of modern times. It passed off peacefully, with police making no arrests. As news of the successful ‘Letwin amendment’ (designed to give MPs more time to scrutinise the legislation of the Withdrawal Agreement) reached the streets, the crowd cheered in celebration. In these European elections our message is simple, clear and to the point. Just take a look 👇

Posted by Liberal Democrats on Friday, 10 May 2019

Last Saturday 4 coaches from Shropshire made the journey down to London for the People’s Vote march to demand better than Brewit and a final say on the deal with an option to remain. At the previous march in June, there was only 1 coach from Shropshire. 220 went by coach with significant numbers travelling down independently by train/car. A large contingent of these was from North Shropshire.
Like the movement as a whole, the group represented the whole political spectrum, including Lib Dems, Greens, Labour and Conservative supporters and many with no political affiliation at all, coordinated by Open Britain Shrewsbury.
The official tally was 700,000 people but 840,000 has been suggested by the Metropolitan Police. It is clear that the march was 4 times larger than the last time. As more details of the deal or no deal emerge every day, these numbers reflect the growing demand for a People’s Vote with a final say on the deal and an option to remain.
The contingent from Shropshire formed up outside the Dorchester Hotel, Park Lane, at 11:30 pm – The march started at 12 pm but it was another 2 hours before they actually started their march.  By that time the rally in Parliament square had started at 2 pm. The Shropshire group only arrived at Trafalgar Square at 4 pm, missing all of the speeches in Parliament Square. Shropshire marchers completed the 2 1/2 mile route at 4:30 pm.
700,000 is equivalent to:
* Over 1% of the UK population
* The 2nd biggest protest EVER in the UK
* The biggest since the Iraq War protests
* Enough to be the UK’s 5th largest city
David Walker, Chair of North Shropshire Liberal Democrats, said:
“Every day it is becoming clearer that more and more people are demanding better than Brexit. People have been sold a pup. Regardless of whether a deal can be struck or not, or whether you voted Leave or remain, it is clear nobody will be getting what they were promised during the referendum. Nobody voted for this Brexit shambles, to be poorer or to put jobs and the economy at risk. It is time to give the people the final say on the deal with an option to remain.”

If you want to Demand Better than Brexit, want a final say on the deal with an option to remain then join us, become a supporter or sign up with Open Britain or the European Movement. Both of which have many Lib Dems as supporters.