Everybody is working hard to make the best of their lives but so often the Conservatives make everyday things harder. They control all of the levers of power, locally and nationally. If you aren’t happy with the way things are and want change then the Conservatives aren’t the answer.  They are part of the problem. It doesn’t have to be this way. If you want to change things for the better then join North Shropshire Liberal Democrats in the fight for a brighter future.

Together we can and will Demand Better for North Shropshire. 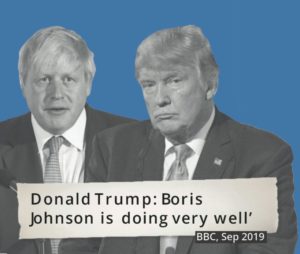 The Conservatives have forced a last-minute change of the rules to brush aside the recommendation of Parliament’s Standards Committee to suspend Owen Paterson for 30 days. This was despite him… Read More »Change of rules to save Owen Paterson from suspension an outrageous breach of public trust

Heads should roll in the Cabinet if services don’t improve

Shropshire Council Cabinet members must now take the rap for poor services in Shropshire. We can no longer allow our portfolio holders to take money for nothing. Four years and… Read More »Heads should roll in the Cabinet if services don’t improve

The North Shropshire Liberal Democrats have called on Owen Paterson to back British farming this week, and vote to protect our high environmental and animal welfare standards. In a letter… Read More »Owen Paterson must use last chance to back farmers

Our sincere condolences to Owen Paterson, family and friends for their tragic loss. Devastating news 😢https://news.sky.com/…/wife-of-tory-mp-owen-paterson-found-… Heartbreaking news. I know from my own experience what how devastating this will be. Heartfelt… Read More »Condolences for a tragic loss