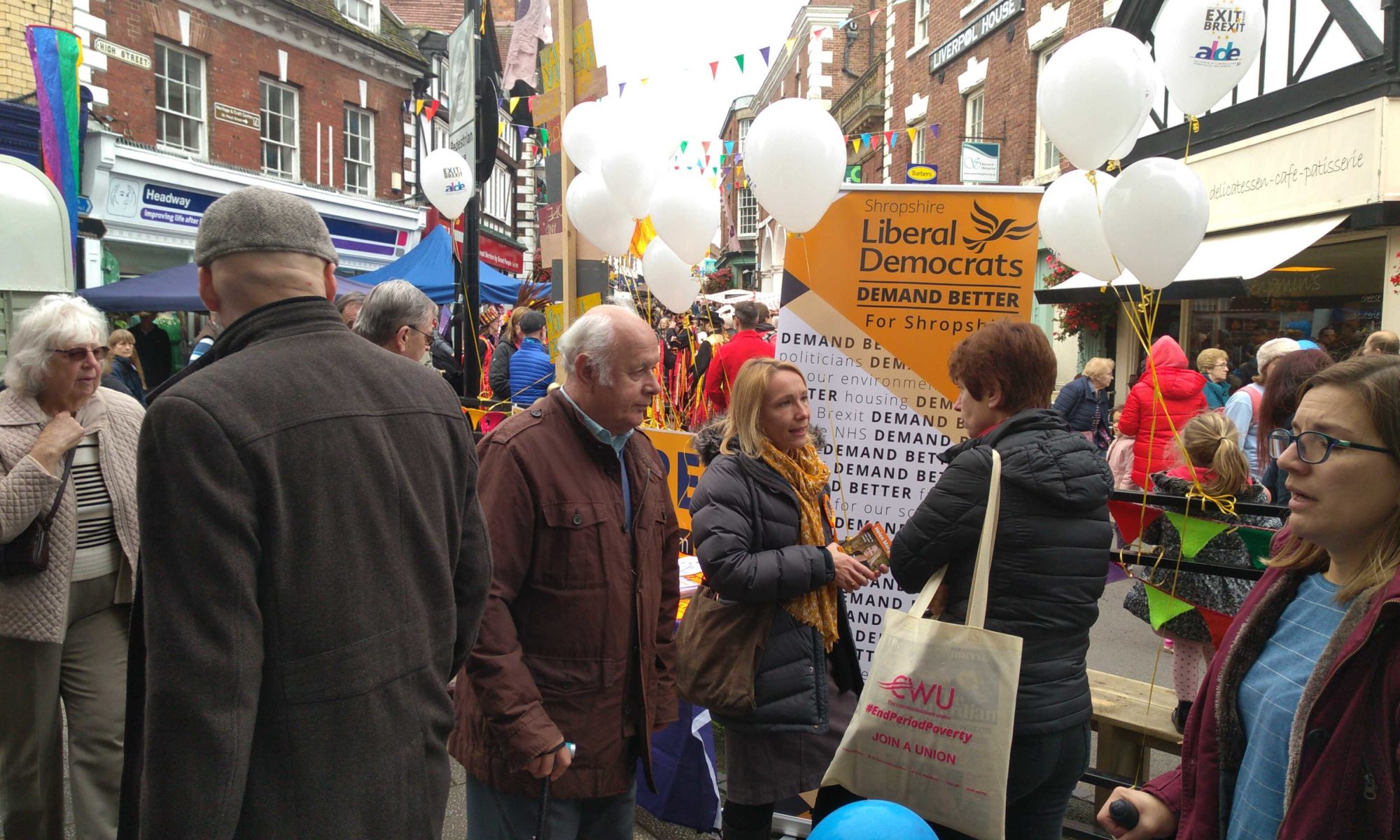 Born and raised in the rural Midlands, Helen and her family moved to North Shropshire in 2014 to raise her son closer to family.

Helen, who read History at Cambridge University and is a Chartered Accountant, is standing as a candidate because she wants to defend the values of tolerance, respect and integrity that are increasingly under threat.  “I have watched with dismay as our government and opposition have moved further to the extremes of politics,” she said.  “Urgent issues are being ignored because of Brexit. Instead of standing on the sidelines as our schools go unfunded, the NHS is dismantled, and our values come under attack, I have put myself forward as a person who will fight for a better future for the people of North Shropshire”.

During her career in finance, Helen has worked for both large publicly-traded corporations and local, family-run businesses. Her broad commercial experience has convinced her that remaining in the European Union is best for British businesses, both small and large, and crucial for the future of Shropshire farmers. She has been an enthusiastic campaigner for Remain since 2016. {Now that we are leaving and the Chlorinated Chickens will soon be coming home to roost, Helen will continue to hold the Conservatives to account as reality bites.}

Having worked in the energy industry, Helen is acutely aware of the threat of climate change.  She feels strongly that the government needs to take a proactive stance to diminish the damage of human activity on our planet. She is proud of the Liberal Democrat commitment to a zero-carbon economy and its opposition to fracking.

Helen attended her local comprehensive school before studying at university.  She is passionate about the importance of high-quality early years education, and volunteered as Trustee and Treasurer of her son’s outstanding nursery school, helping to ensure that fifteen hours a week remained free for all local children.

Helen lives with her husband and son in Harmer Hill.