Do you want to find out how you can help?

How you can help & why we need your help I joined because…
“Although I have been a Conservative voter since I was old enough to vote, I have never been a member of a political party. After the EU referendum I had grave doubts about the direction that our Country is taking and I will never vote Conservative again. Following the great Liberal Democrats victory in Richmond Park I joined the party, realising that many more people must feel like me. I joined the party as I want to become involved with what is going on and so I started helping with canvassing locally for the local elections in May 2017. It is clear to me that: the only way to change things for the better, both locally and nationally, is to be a Liberal Democrat.”

Are you tired of being let down by the Conservatives and Labour?

Together we can and will Demand Better.

How you can help by joining us & becoming a member
The Liberal Democrats are driven by and for its members. Members of the Liberal Democrats have a much higher level of influence in our party than the other main parties and have a direct say on party policies and can even propose policies which get adopted by the party nationally.

Elizabeth Jewkes famously got the party to adopt lowering the income tax threshold as party policy, which then was on the front of the 2010 manifesto, that then became law under the coalition government and cut thousands of people out of paying income tax altogether.

Watch her speech at Spring Conference in this video:

How you can help by signing up as a supporter:

The Liberal Democrats are broadening the party to create a supporters network which is free to join. Read more about the Lib Dems supporters network on the national party website
You can sign-up here to Register as a Lib Dem supporter for free

Many things are happening locally in North Shropshire that doesn’t always appear here or on Social Media. To keep up to date with news, campaigns and events Sign up for our Email Newsletter at the bottom of the page.

How you can help by delivering leaflets:

Through the year and between elections the Lib Dems are out and about grafting for people like you. This is reported back through regular Focus Newsletters which are delivered for free by volunteers. If you would like to become a deliverer contact us to let us know. Delivery can be as much or as little as you like but it generally takes an hour or so to deliver 100.

How you can help by standing for election:

Often people want to stand for election to take a more direct role in shaping and supporting their area and make a lasting contribution to our community. Elections tend to come in four-year cycles for County, Town and Parish Council elections. There are opportunities to make a difference as a local councillor or as a parliamentarian. If you are interested in any of these enjoyable and rewarding roles then get in touch. Full training and support will be provided. The next regular set of local elections will be in May 2021. That may sound a long time away but starting now can make all the difference to winning your first election.  Be a Councillor | Make a difference: Stand for election to be a Councillor

How you can help by making a donation:

Unlike the other main parties, we don’t have a stable of media barons to back us, rich donors or the trade unions to fund us. So Liberal Democrats rely on volunteers and the support of their members and supporters. Every penny raised goes to get more and more Lib Dems elected and our policies implemented. If you would like to make a donation please get in touch with us or you can donate via the national party website.

How you can help by buying Christmas Draw tickets:

Just like a donation but with a chance for you to win a fantastic prize in the process. Prizes like a £1,500 holiday voucher. That’s just one of many prizes in this year’s Lib Dem Christmas Draw – tickets on sale in the autumn. Prizes are being added all the time. Win a prize and get it in time from Christmas! 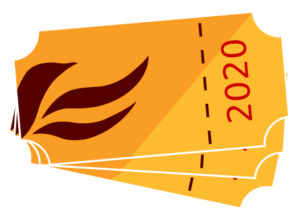 Buying Lib Dem Christmas Draw tickets online at https://libdemdraw.org.uk/north-shropshire not only gives you the chance to win yourself a great gift for Christmas but also raises funds for our Lib Dem campaigning here in North Shropshire too.

Tickets cost just £1 each, and you can buy online using your debit/credit card or PayPal account. Give it a whirl, and best of luck if you enter! https://libdemdraw.org.uk/north-shropshire

Worth Repeating: Join the Liberal Democrats

Often the simplest things you can do to help is by joining. You will find that we are a friendly and supportive party.  We value all of our members. Your opinion matters and developing your ideas is actively encouraged.

Contact us for more information on how you can help us fight for a brighter future for Britain and North Shropshire.