7 reasons to join the Lib Dems

1. We’re the party of Remain

With over 100,000 members and supporters, we’re the largest group in the country fighting to Stop Brexit and Remain in the EU.

We’re growing fast, too – more than 2,000 more members have joined us since the local elections alone.

We’ve been fighting Brexit for the past three years. We’ve consistently called for a People’s Vote and campaigned up and down the country to remain in the EU.

You could be part of the team that stops Brexit!

2. You’ll get to vote for our next leader

If you join before midnight on June 4th, you’ll be eligible to vote in our upcoming leadership election.

That means you’ll get a say in shaping what’s set to be a very exciting chapter of the Lib Dems’ history.

There’ are some dynamic, exciting candidates getting in place. We’re ready to shake up the political scene in the UK.

You won’t want to miss out!

We don’t work like the Tories or Labour, with policy being made behind closed doors… or just ignored altogether.

All Lib Dem members can submit policy motions that get voted on by our members. Flagship Lib Dem policies that we implemented in coalition, like a 5p plastic bag charge, shared parental leave, and legalisation of same-sex marriage – they all came from policy ideas submitted by members.

And all our members have a vote on our policies.

We’re not kidding when we say: our members make our policies.

4. You could be on the ballot paper!

As a Lib Dem member you can apply to stand as our candidate for:

If you want to stand up for your community and stand for election, this is your chance.

The Liberal Democrats are a campaigning machine.

We are the most experienced Remain operation, by a mile.

Be part of the most exciting election operation, and be prepared to celebrate with us on Friday 24th May. 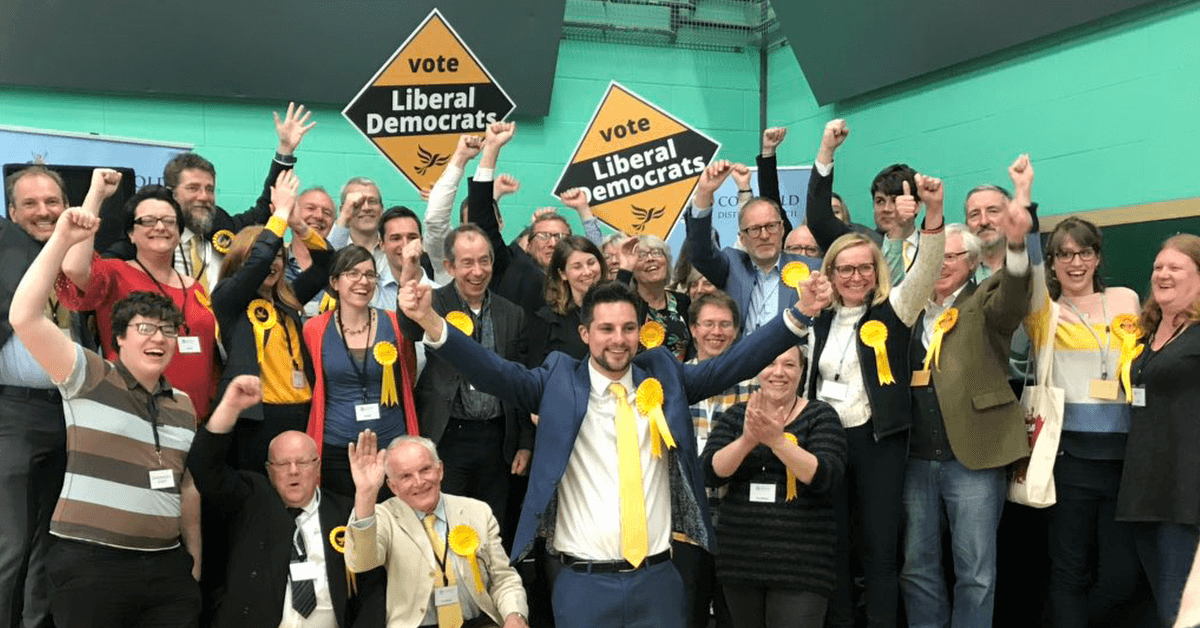 6. To stand up for liberalism in the UK

“The Liberal Democrats exist to build and safeguard a fair, free and open society, in which we seek to balance the fundamental values of liberty, equality and community, and in which no one shall be enslaved by poverty, ignorance or conformity.”

That’s taken directly from our constitution.

The Liberal Democrats are the progressive, liberal, transformative party in the UK. If you share our values, join us and campaign for them!

Wherever you’re joining in the country, there’ll be local Lib Dems there to welcome you. Our local parties are always running Lib Dem pints, coffee mornings, and campaigning sessions.

If you let us know on Facebook or Twitter that you’ve joined, you’ll find a ton of friendly members greeting you and helping you find your people in the party.

I suspect most folk’s TLs will be like ours! Full of new members joining the largest and strongest pro-EU party after our amazing set of Local Election results! #DemandBetter#StopBrexit#LibDemGainspic.twitter.com/OyZMp3PWRo

There will always be friendly members ready to welcome you at national events, too. Whether you are off to a rally, a conference or a press event, you’ll be sure to make new friends.

Whatever you’re interested in, whatever your politics, and wherever you are in the country, the Lib Dems would love to have you on board. You can join today from just £12 – that’s only £1 a month!