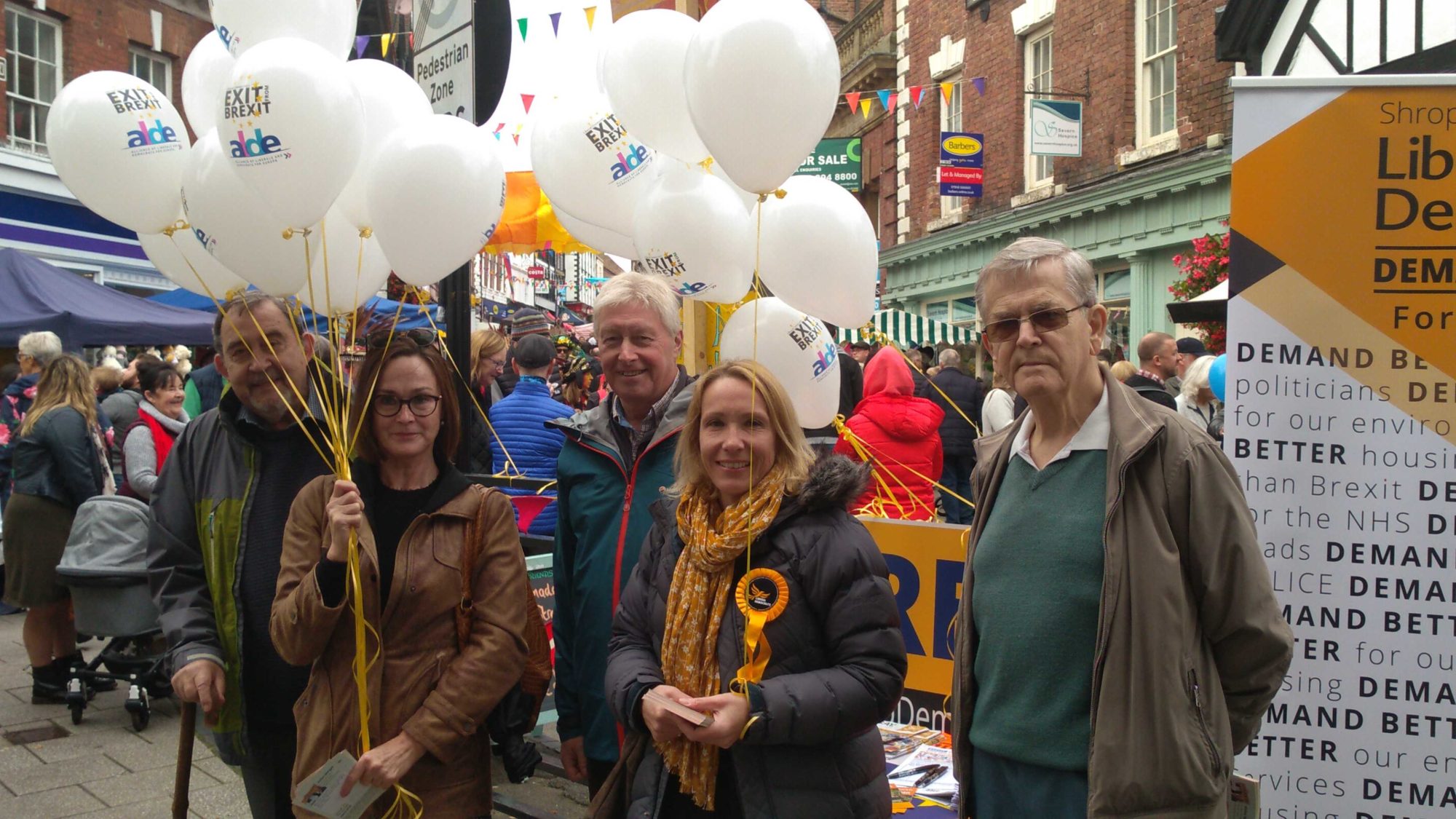 Helen, who was selected as the party’s candidate in August, was campaigning with a local team at the centre of the annual Blackberry Fair in Whitchurch on Saturday. 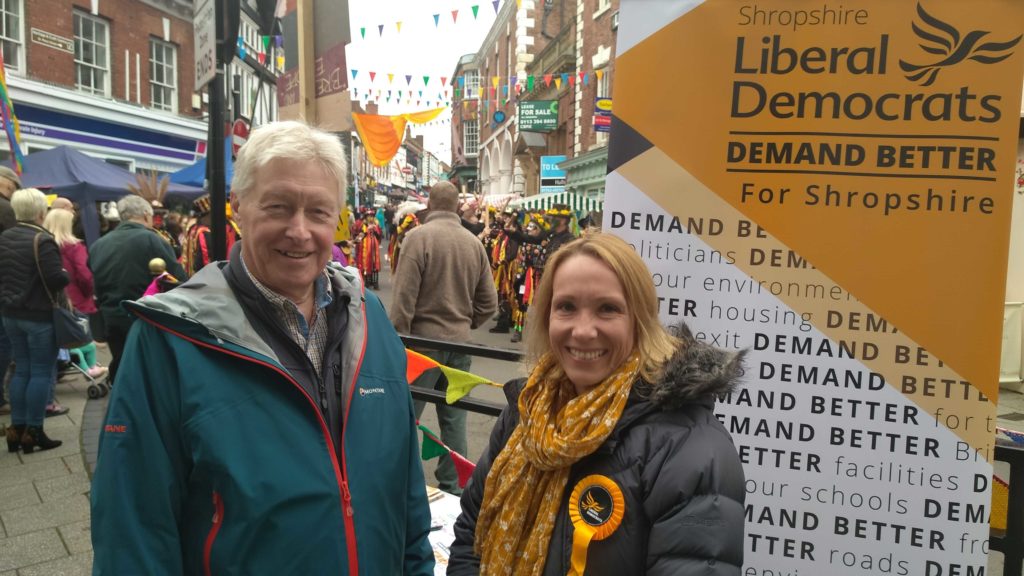 Former District Councillor and Mayor of Whitchurch, Ray Hatton, supporting Helen Morgan’s campaign to become North Shropshire’s next MP. Ray said: “Helen will make an outstanding MP for North Shropshire and I urge everybody to back her in the looming General Election.”

The local party has seen a surge in interest, with membership more than doubling over the last six months, as the government’s Brexit strategy descends into chaos.

“Local farmers and businessmen are increasingly anxious about the threat to their livelihoods from a no-deal Brexit”.

This is a pattern reflected across the constituency, with new members from all corners of North Shropshire. These new members and supporters have previously voted both Conservative and Labour, and Helen believes they have joined because the only party representing their values is the Liberal Democrats.

“Of course stopping Brexit is the priority for us, but our clear stance on fighting the climate emergency, putting a cash injection into the NHS and reversing Tory cuts to the school budget is proving really attractive to voters” Helen explained.

“The Liberal Democrats are the biggest party of Remain and following our brilliant results at the European elections, are the only party that can oust the Conservatives in North Shropshire at the next election.

“The response today at the Blackberry Fair has been fantastic. We’ve had a great day here enjoying the entertainment and the party atmosphere, and we feel real optimism about a general election in the next few months.”