Support for Brexit is fading

Of the three Brexit outcomes Theresa May says are available, would you prefer a) her deal, b) no deal or c) no Brexit?

Let’s send Theresa May a message

We’re going to rally tonight – 6pm at Parliament Square – to give the people the final say on this Brexit deal, and the option to remain in the EU. Find out more here

Join us tonight – 6pm at Parliament Square to rally against this #Brexitmesshttps://t.co/wsipNbV6axpic.twitter.com/4AKJ7j0YPb

Today we must decide what kind of British to be. The British where we go through with something we didn’t really want to do out of polite embarrassment, or the British where we passive-aggressively say ok forget it then and agree to never mention it again.

What contingency planning is the PM doing for no-Brexit? – Vince Cable

I feel I should take the job of Brexit Secretary now. If only so that when I resign, Theresa May can finally be proved right than No Deal is better than a Baddiel. 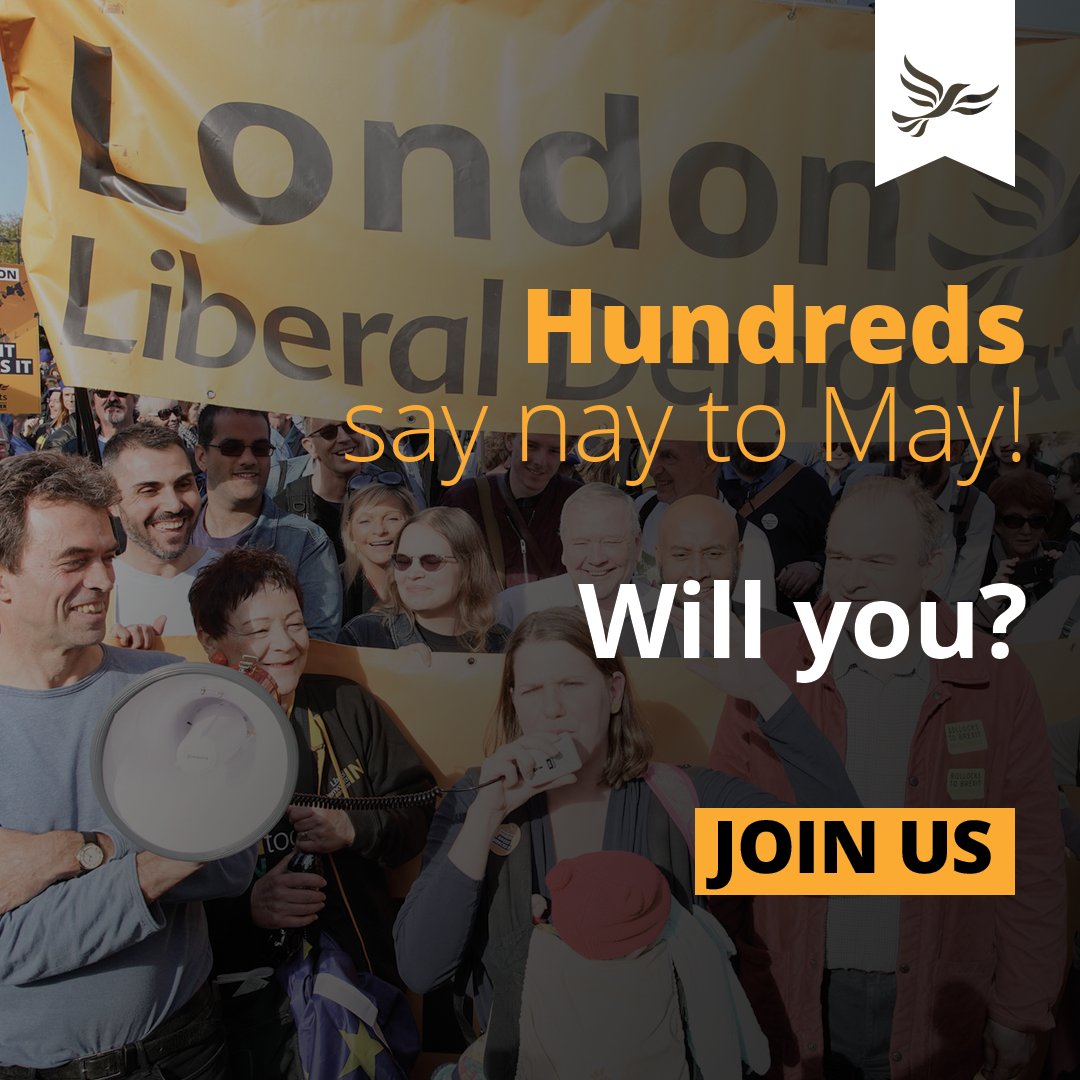 As the Brexit chaos unfolds, people are realising that the Liberal Democrats are the only party who have been absolutely committed to fighting Brexit since day one. You can join them too, and be part of a movement to stand against this embarrassing Brexit. Join up today.

There is no way to prevent Brexit from leaving our country worse off.

“The Tories are finally realising what we have always known. There is no way to prevent Brexit from leaving our country worse off.”

“A People’s Vote on the final Brexit deal, where they can choose to remain in the EU, is the only route out of this uncertainty. It is time people had the power to end this mess.” Vince Cable on the chaos erupting from the cabinet resignations on Thursday morning.

Thursday did not start well for the PM…

After Theresa May’s statement from Downing Street the crucial change is that the Prime Minister and the Government have admitted for the first time that the choice for the country is not just between this bad deal or ‘no deal’. Instead, ‘No Brexit’ is a very real possibility.

Any Brexit deal will leave the UK weakened and the public poorer.

“And before the ink is dry, the Conservative Party will tear into what little Theresa May has been able to agree. The Prime Minister now faces a defeat in Parliament, as a majority will be hard or impossible to secure for what she has come up with.”

For two years, the Liberal Democrats are the only party who have consistently fought to give the people the final say on the deal. As we see the chaos that is now unfolding, it is more important than ever to give power over the country’s future back to the people.

“Theresa May’s deal finally spells out in black and white what the Liberal Democrats have been warning about for the last two years: Brexit will rob the UK of crucial cross-border crime-fighting tools that help to keep us safe.

“After the transition period, we’ll lose the European Arrest Warrant and access to vital data-sharing systems, making it harder for the police to put serious criminals behind bars and keep us all safe.

“The Government says it hopes to strike a ‘comprehensive’ deal on security co-operation, but euphemistically admits negotiations have been ‘particularly challenging’. Essentially, Theresa May is asking us to trust her to sort all this out within the next two years, while admitting that she’s failed to make any progress over the last two years.”

This deal is not in the national interest. We lose much of our influence, take a smaller role on the world stage, and put ourselves in a financially precarious situation. Is this what the people voted for? Why doesn’t the government ask them? #PeoplesVote

If Theresa May is still struggling to get this deal past her own cabinet in No. 10, how will it win support in Parliament or the country?

There’s a sensible way out of this mess: go back to the country for a People’s Vote

Reports indicate that ministers may be heading to the exits today as a result of Theresa May’s proposed deal.

The fact that Theresa May has been unable to maintain unity even within her cabinet is a damning indictment on her overall Brexit strategy. How is she meant to unify the country if she cannot keep her cabinet together?

“The only deal worth having is the one that we’ve got at the moment.” Christine Jardine

“If you look at the opinion polls, they say this is not working, we deserve a final say and we deserve the chance to say no.”

“The idiotic deal that we now have on the table is exactly what we always thought would happen.” Wera Hobhouse

Appearing on Sky News, Liberal Democrat MP attacked the deal as losing the benefits of EU membership while also being controlled by EU regulations.

The alternative is clear – giving the people the choice to decide whether this deal will lead to a better future for the country, or if we are better off in the EU.

“Deal leaves us a rule-taker, not rule-maker?” – Tom Brake

Tom Brake MP asked Theresa May whether the deal takes control away from the UK government, leaving us to take on EU rules without any say in shaping them.

The Brexiters are now circling around the Prime Minister as the country edges towards chaos.

The country deserves better, and the @LibDems demand better.

“There was another way Theresa May could have done this. The people delivered a hung Parliament. That’s the people saying to Prime Minister, work across party, find something that everyone can get behind.

Instead she went into bed with the hardliners and the DUP, who are now all over Twitter and the telly deserting her.”

It’s a farce. The British people deserve better than this mess, and the Liberal Democrats demand better. Find the clip of Layla Moran speaking here.

.@libdems have consistently said that Brexit deal wouldn’t be better than the deal we have as a member of the European Union. This is a very bad deal for the United Kingdom. We are left rule takers not rule makers. #PeoplesVote#ExitfromBrexit