Yesterday, I sent you a video of Corbyn refusing to answer a question about whether we would be better off after Brexit five times.

Already this has been seen fifty thousandtimes on Facebook thanks to you all sharing it online – and with no sign of it slowing down.

You can watch it yourself here: 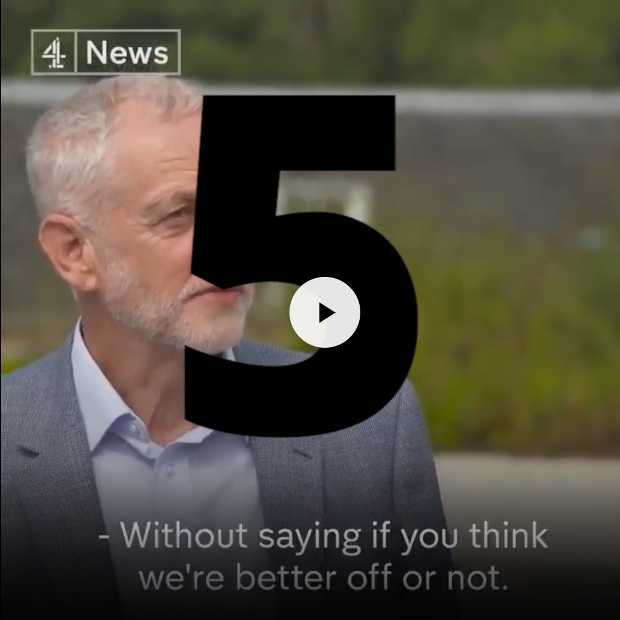 More than 7 in 10 Labour voters want to have a vote on the final deal that Theresa May has put together – with an option to stay in the EU.

They know – as we all do – that Britain will be poorer after Brexit, with fewer allies, weaker trade links, and less power on the global stage.

And they know that those who will suffer the most are the poorest and most vulnerable in our society – the people that Jeremy Corbyn and his party claims to represent.

We need to continue to put pressure on Jeremy Corbyn to insist that the people have the final say.

Will you help us get an answer out of him that Channel 4 did not: Will we be better off after Brexit?

Until then, it is up to us.

With you, we are going to stop Brexit – with or without Jeremy Corbyn’s help.