One of my own proudest political moments as a Liberal Democrat was moving the amendment in a parliamentary committee that abolished section 28 – that shocking discriminatory law which banned the “promotion” of homosexuality by local authorities and schools. And with 2018 marking 30 years since the original passing of Section 28 we need to recall the damage that odious law did: it not only led to the LGBT+ community being shunned by some but it also gave rise to homophobic bullying in many communities.

I’m proud our party campaigned successfully to repeal that disgraceful legislation – and delighted we are campaigning today to go further, with our policy to make Sex and Relationships Education fully LGBT+ inclusive. As a party, we are committed to building and safeguarding a country and world where no one is forced to hide who they are or are made to feel ashamed of their identity.

We have never been afraid to speak up for what is just and right, even in the days when arguing for “gay rights” was seemed dangerously revolutionary and certainly wasn’t popular. And that long Liberal tradition of campaigning for equality was wonderfully advanced by my friend and colleague, Lynne Featherstone in the Coalition. She successfully led the Liberal Democrat fight for the introduction of same sex marriage – now our challenge is to ensure the government affords same sex couples with the same legal rights and protections as others.

Despite real progress, there is a great deal more work to do to win equality and freedom for all – not least in tackling the widespread discrimination faced by the Trans community. 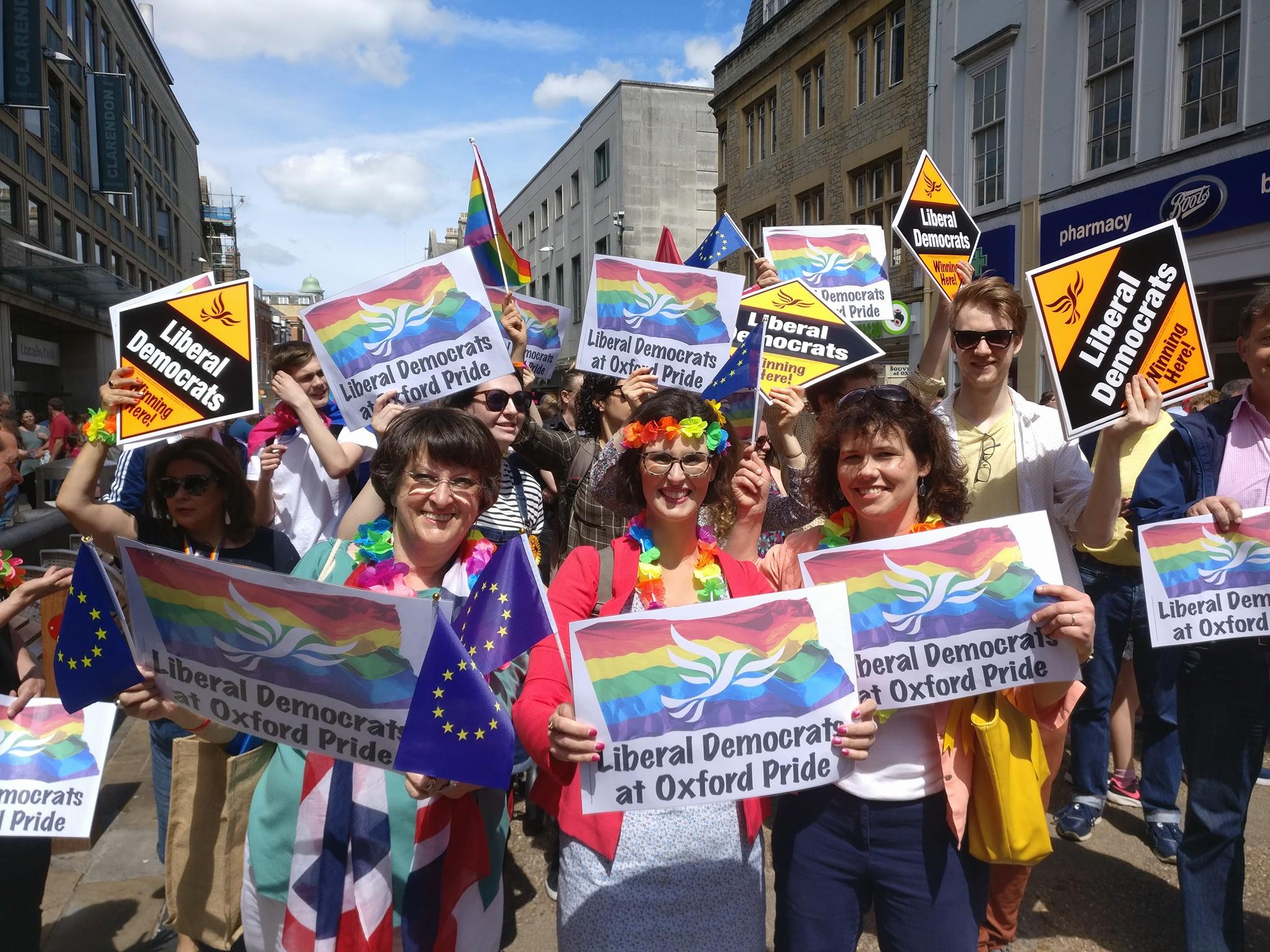 Trans people are often denied equal access to basic services and many live in constant fear of harassment and violence. For years Liberal Democrats have campaigned for the removal of the spousal veto, which currently gives a non-transgender spouse the right to veto their partner’s gender recognition. We are also fighting for the introduction of ‘X’ as an option for those who identify as trans or non-binary; this would allow them to have option that is not prescriptive or rigid. As party we are proud that any self-defining woman is guaranteed access to any designated all-women parliamentary shortlist.

Practical advances to tackle disparities in our National Health Service have been important in our campaigning. Whilst in Coalition, we won a partial victory which somewhat eased the stigmatising ban on blood donations from gay and bisexual men, and their partners, and we want to go further to ensure that the remaining restrictions are consistently reviewed and eventually revised. Now we are fighting to make Pre-Exposure Prophylaxis (PrEP) available on the NHS.

The LGBT+ movement has made considerable strides over the last few years and we will always challenge any attempt to subvert or undermine that progress.

So, as you take participate in Pride celebrations this year, know that the Liberal Democrats will always protect your right to be who you are, choose who love and live in society free from hate, fear or discrimination.