After Parliament has made clear that they are incapable of agreeing on Brexit, the Labour leadership whipped their MPs to abstain on giving the people the final say. 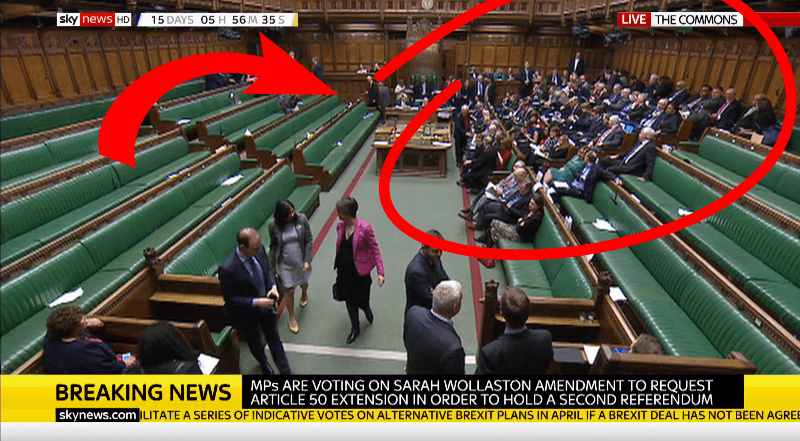 When it was time to stand up and be counted, Labour refused. They’re helping the Conservatives continue their Brexit chaos.

But this isn’t over.

This Conservative Brexit mess has not gone away.

Parliament will soon realise that there is only one way to break the Brexit deadlock.

We need to hold a People’s Vote, and find out what the people want, now it is clear what Brexit will actually mean.

The Liberal Democrats have been fighting to give people the final say for nearly three years.

We’re proud to be the party of Remain.

And we sure aren’t giving up now.

If you’re with us in this fight, join our campaign today.