Theresa May tried to portray strength as her Cabinet decamped to Chequers to review her Brexit plans. Rebels ministers were warned they would lose their official cars if they resigned, with taxis on standby to shuttle the disloyal back to London.

This was May’s moment to bring her Cabinet in line.

For a moment, it appeared that May had managed to quietly stifle dissent. Then the dam broke. 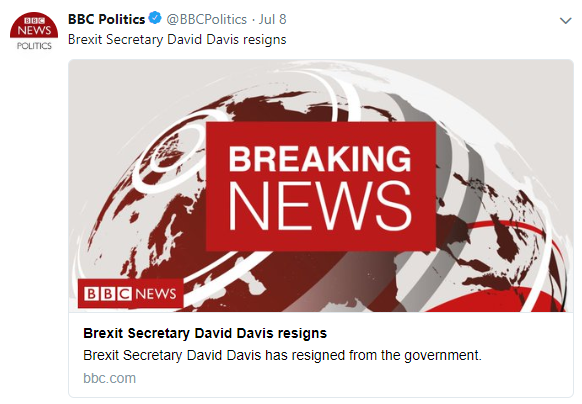 The British people woke Monday morning to the image of a government in disarray as the PM’s chief Brexit negotiator finally jumped ship.

The Tories then held their breath wondering if any other resignations would follow. Coincidentally, people couldn’t pin down a certain Foreign Secretary…

In a huge blow to Theresa May’s leadership, the Prime Minister lost her Foreign Secretary and Brexit Secretary within 24 hours, and a host of junior ministers too. Though not everyone was sad to see Boris go. 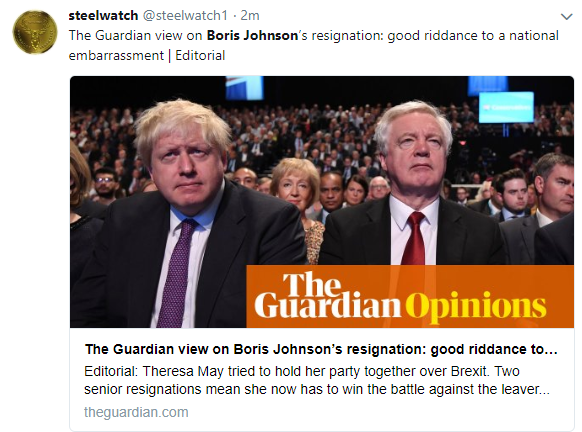 Strong and stable? Doesn’t look like it anymore. Questions swirled over the Prime Minister’s future. 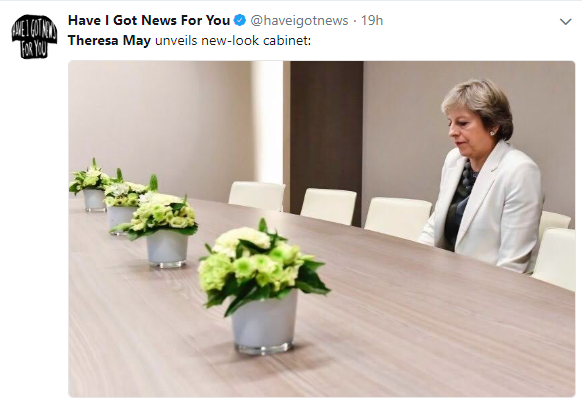 People online were even having some fun recalling the promises of David Cameron years ago of a strong and stable Tory government, as this tweet did the rounds:

But at the end of the day, Theresa May’s woes are a result of a messy and mishandled of a Brexit.

After this chaotic day, tens of thousands of people signed up to our campaign to Exit from Brexit. Theresa May has demonstrated clearly that Brexit would be an absolute disaster for the country, and that she can barely keep her government together.

It’s time the people had the final say on the Brexit deal with the option to stay in the EU.

If you agree add your name below: