On Holocaust Memorial Day, we pause to remember one of the darkest chapters in human history. We remember a time of unimaginable evil which resulted in the death of 6 million Jewish people and countless others who perished under a state-sponsored policy of hate and systemic violence.

This year marks 75 years since the liberation of Auschwitz which led to the release of 7000 people and exposed the depth of the horrors committed there and elsewhere.

Although time has moved on, the poison of anti-Semitism has not gone away. Across the globe we are witnessing a worrying increase in anti-Semitic violence. When hate crimes against religious communities rise and when people in the Jewish community speak out about the fear they feel, we must all sit up and act, because any pledge to end division rings hollow if it’s not followed by meaningful action.

History has taught us many hard lessons and although we often repeat the admonition “never again”, the pain of genocide has been experienced in many parts of the world since the Holocaust. As we remember the victims of the holocaust and let’s also remember the victims of subsequent genocides in Bosnia, Cambodia, Rwanda and Darfur.

This year’s theme “Stand Together” is an important reminder that we all have a duty to stand up to hate. We must all challenge any attempts dehumanise, degrade or demean any community, because a failure to do so could have dire consequences.

Finally, let us recognise the strength and resilience of holocaust survivors and let us resolve to preserve their stories and testimonies. And let us never forget. 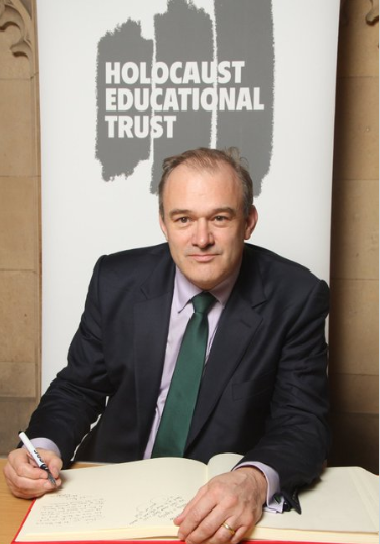