Saying hello is not difficult. And that is all you essentially need to do if you want to engage with diverse communities and open doors. I was determined to make sure I did that when I started campaigning in West Barnes, Merton.

I am the first BAME councillor to win in the ward’s 60 year history. Our team worked hard and we followed all the advice we were given by ALDC and HQ. But essentially it was won through hard work and the willingness to say hello and listen to your residents.

Saying hello is not difficult. And that is all you essentially need to do if you want to engage with diverse communities

When I offered to discuss our strategy at a meeting with Wandsworth Liberal Democrats, I decided to hold the event in Tooting Mosque. This was the first time a Lib Dem event had been held there. But why? We don’t need to just hold our events in town halls or churches – please ask, you will be surprised how many doors will open and that is what I learnt when I campaigned in West Barnes.

Our ward is predominantly white but with a significant Tamil community. I was once told that the Tamil community would probably vote for Labour. This did not put me off – in fact I thought this would be an exciting challenge and perhaps not a completely accurate assumption. In fact, I knew that only down the road there were two amazing Tamil councillors in Kingston who were well known in the community. So I got their advice.

It wasn’t long before I learnt key phrases, important festivals and some basic home politics. I knew that the community had a temple and a local school. I wasn’t invited but I visited the temple. I said Wanakam to the worshipers and they replied. I spoke briefly to the priest and explained that I wanted to be a councillor and help the local community, he wasn’t suspicious or curious – he seemed pleased and he gave me his number and the temple mangers details.

None of this sounds very complicated but it does take time and willingness.

I learnt that there was going to be the annual Tamil Chariot festival on the streets. I wasn’t invited but I went anyway. It was a parade on the streets of the ward and there were hundreds of people there. I talked to the Tamil residents who stood outside their homes. I asked them about their food and sampled their dishes. I learnt! 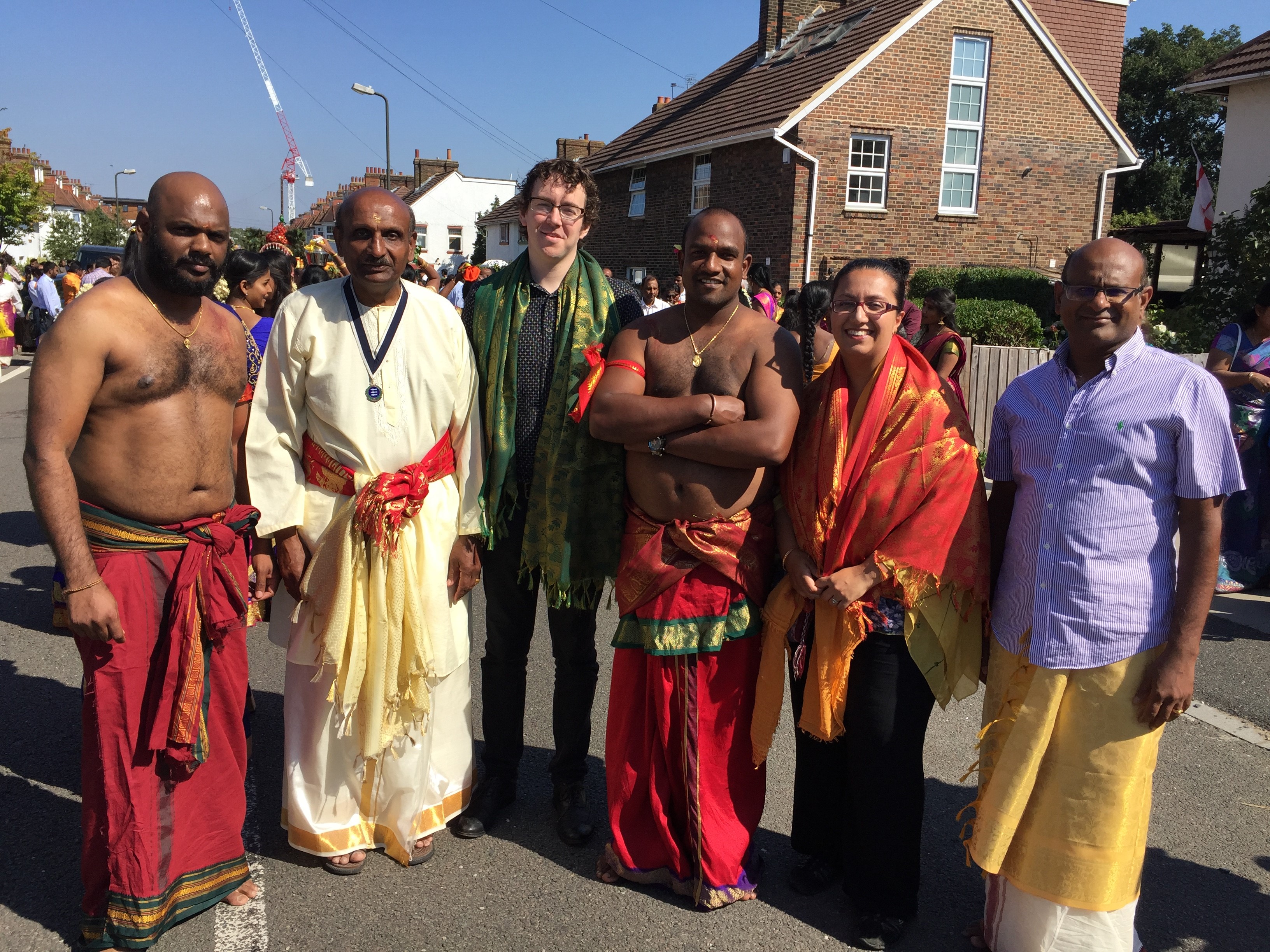 Later, I recommended to the team that we invite the Tamil community in our ward to have dinner at a local Tamil restaurant to celebrate the Tamil New Year. We talked to Brudy, the manager, who later became a good friend, and he helped us write the letter. We wrote it in Tamil using google translate and Brudy helped correct or spot any mistakes. The letter was in English on the other side.

We distributed the leaflet to Tamil speakers in our area and we knocked on doors with the invite – saying Wanakam and Nantri (thank you) to all of them.

It was great! We had some lovely residents who came to the dinner and we talked about all sorts of issues in the local area as well as just getting to know each other.

None of this sounds very complicated but it does take time and willingness. Saying hello to someone in their own language (even if it’s their parents’ language) – opens doors! Many of the Tamil residents in our ward smile and wave at us as at our stalls – lots said they would vote for us and they did. And the following year, we were invited to the temple and the Chariot festival as honoured guests and as their councillors.