On Saturday, during the People’s Vote march in London, activists will be given a piece of Labour’s Brexit fudge – reminding them that Jeremy Corbyn’s Labour party is fudging its position on giving the people a final say on Brexit.

Jeremy Corbyn and the Labour leadership have defied us all with their ‘Brexit fudge’. Inspired by Willy Wonka himself, the Labour’s opposition to Brexit is just ‘pure imagination’.

This ‘Brexit fudge’ will stick in the throat of most Labour voters. Given the damage Brexit will cause, Labour’s failure to oppose this Tory mess will be difficult to stomach.

But for Brexiters, Chef Corbyn’s ‘Brexit fudge’ will have them salivating. It will make their Brexit dreams that much sweeter. Indeed, it will go well with a glass of Raab’s confusing concoction and the Eton mess being served up by Boris Johnson and Jacob Rees-Mogg. 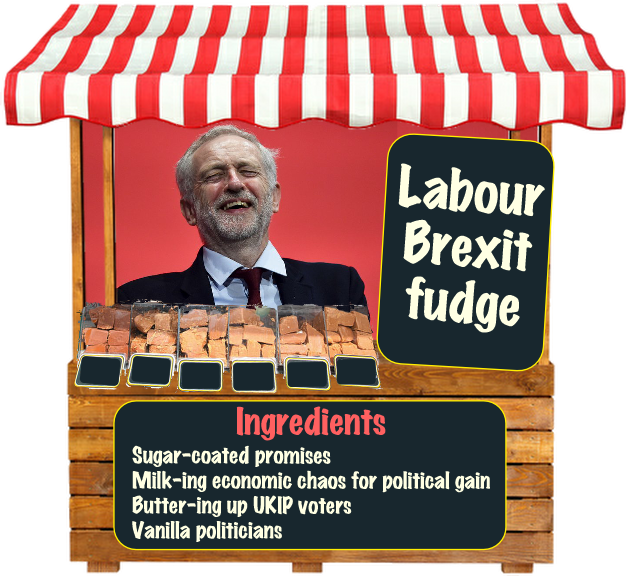 While we know Corbyn likes a fudge, the number of Labour supporters marching for a People’s Vote should give him something else to chew on.