Our manifesto launch – putting the party back in party politics

WARNING: there are naughty words ahead. Stray political editors from the Daily Express may find their sensibilities offended!

We launched our EU manifesto yesterday: Bollocks to Brexit. It’s as bold as the name suggests – committing us to:

✔︎ Defending our fishing rights from being traded away

And much, much more. You can read the full manifesto here: The Bollocks to Brexit Manifesto

A greener, safer Britain requires us to stop Brexit.

The launch event in London was great fun – with popcorn, fab speeches and, most importantly:

Many thanks to @SalBrinton for teaching us all to say Bollocks to Brexit using sign language.

We had some amazing speeches from our MPs too – Ed Davey spoke about the importance and value of international cooperation on addressing the climate emergency and fighting criminal activity. As he said – a greener, safer Britain requires us to stop Brexit.

Jo Swinson implored: at a time when the tide of populism is great, with Trump in the West and Putin in the East, this is not the time to turn on our closest allies in Europe. She reminded us that we backed a People’s Vote long before it was fashionable – and how good it is that people are joining our campaign, from all parties and none.

Last up was Vince. On his 76th birthday (Europe Day no less!) he was unapologetic about the rights we enjoy as EU citizens. Not just our right to work and study abroad, but the rights of those from European countries to come here. We welcome them and value their contributions. 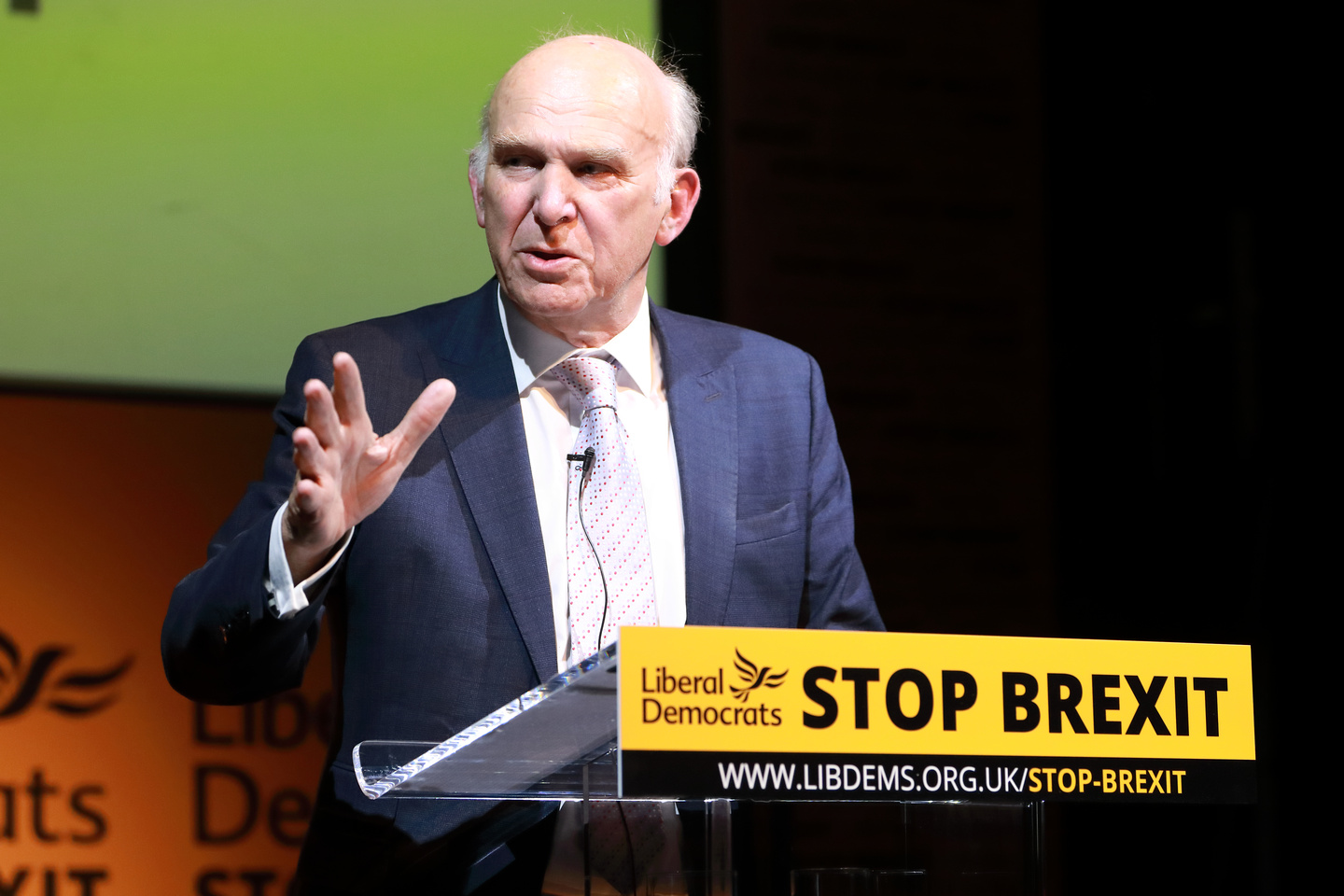 He also stressed – it’s not about fighting other remain parties. Since the beginning of the year, poll after poll has been telling us that the UK is now a Remain country. We want to stop Brexit and get on with addressing the big issues that face our country. Which is why it’s a travesty that Nigel Farage is topping the polls in a national election. A man that has sown division, violence and racial abuse in our country.

But Nigel Farage, Theresa May and Boris Johnson will all take votes for the Brexit party, the Conservatives or Labour as a vote to crash out the EU. There’s only one way to send a strong “stop Brexit” message – and that’s to vote Liberal Democrat.

Our message is clear – every vote for the Liberal Democrats is a vote to stop Brexit. We’re the biggest, strongest Remain party and have been since we were the first to call for a People’s Vote in June 2016.

We want to remain in the EU because it’s best for our economy, our public services and our environment. There’s no Brexit deal better than our membership of the European Union. Especially not the hard Brexit being pushed by Theresa May and aided by Jeremy Corbyn.

And, frankly, they didn’t have videos like this (thanks BBC This Week!):

Our amazing local election results showed that we can win all across the United Kingdom. And now, that momentum’s transferring. More and more people are saying they’ll vote Lib Dem on the 23rd May to stop Brexit. Say you’re with us – pledge your vote today: