And they’re not just for new members, either. Whether you’ve lost your card or just want a new one it’s really easy to get your hands on one – just fill out the form below:

I want a new card!

Not sure which design you want? Want to know more about a particular one? Here’s a quick run down of each card (and if you want to order one, just click the image to go straight to the order form!): 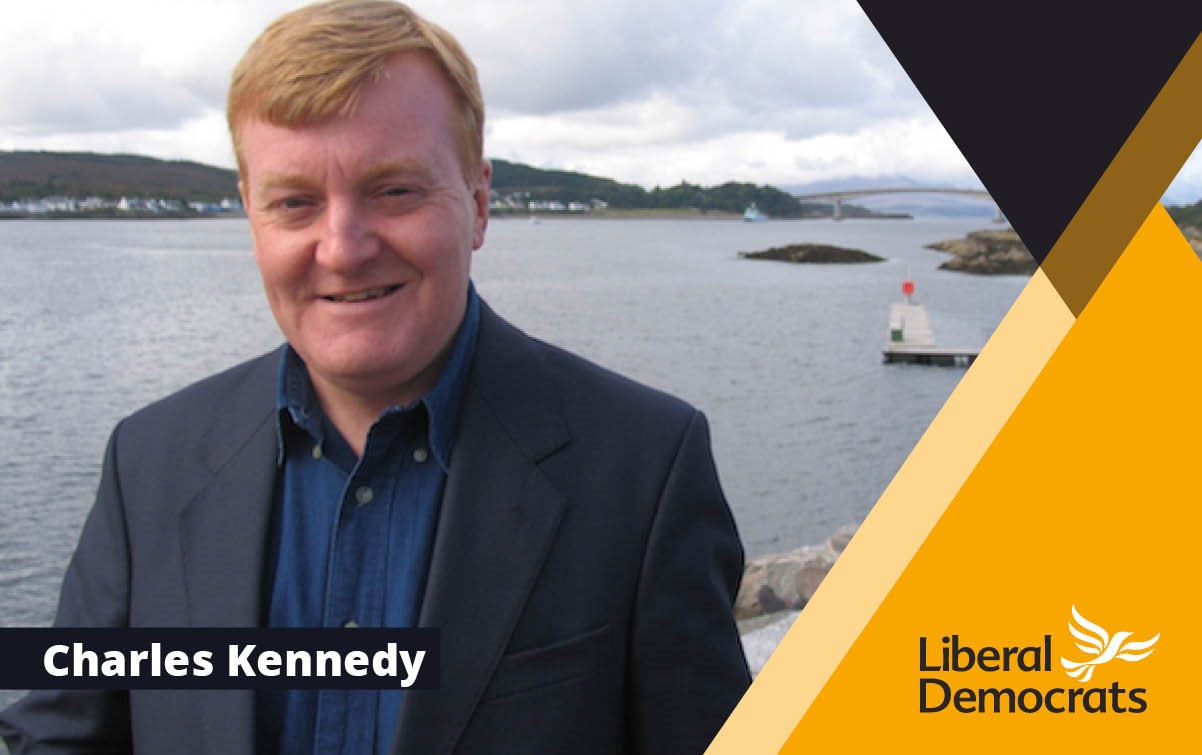 Charlie was our leader from 1999 until 2006. Under him, we reached the most seats we’ve had since the 1920s – 62 – thanks in large part to his principled opposition to the Iraq War. 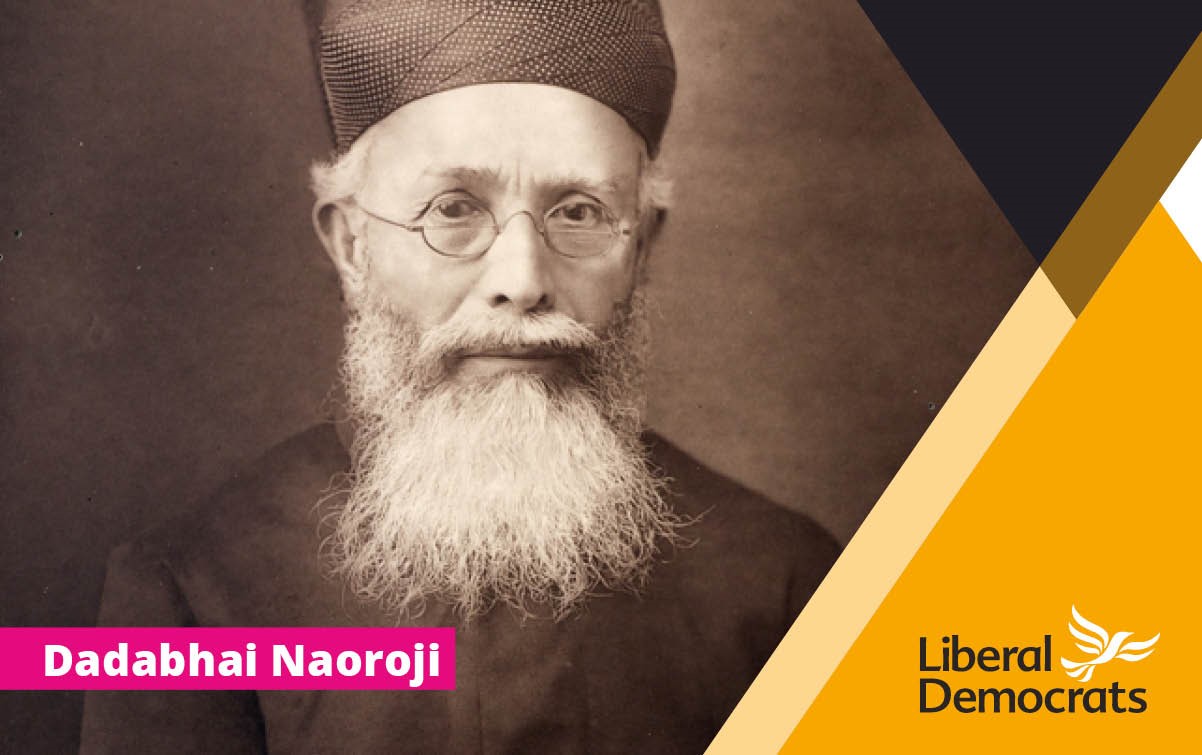 Sir Dadabhai Naoroji was a Liberal and the first Indian man to be an MP, from 1892-1895. He’s widely credited for bringing attention to how much wealth was leaving India for Britain during the days of the Empire. 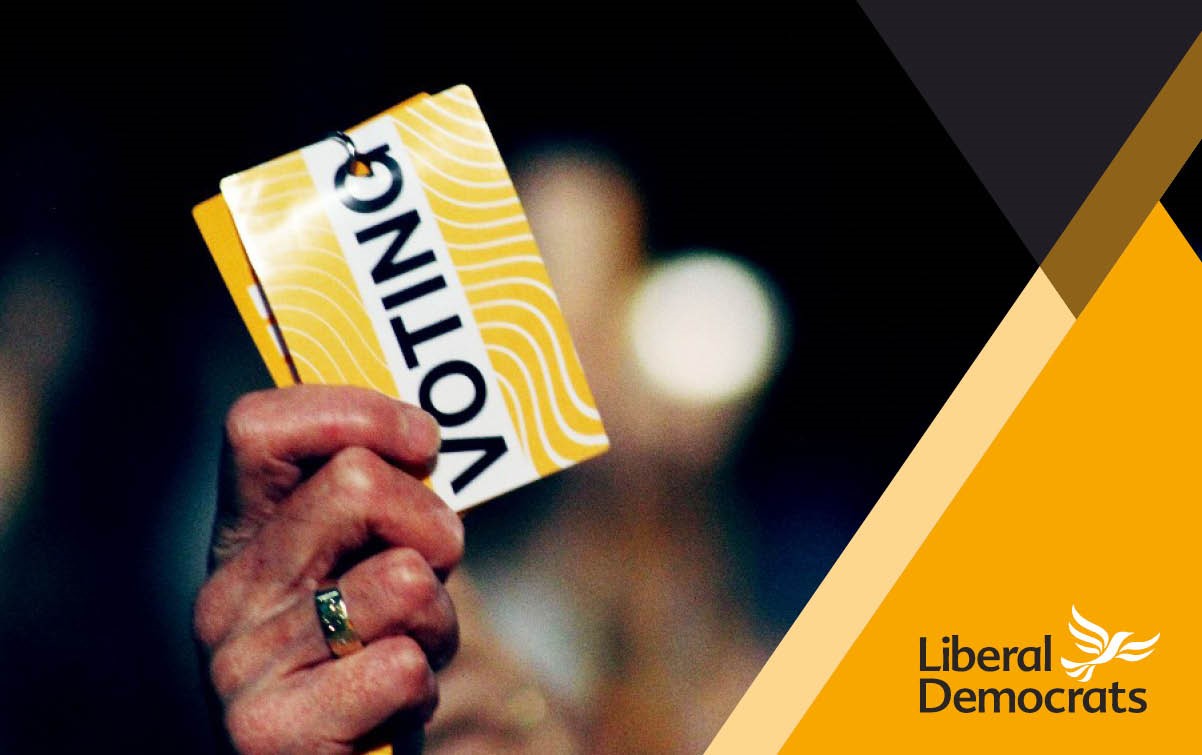 Democracy means a lot to us – it’s in the name, after all. We’re especially proud of how member-led our party is. From Federal Board to local executives, there’s opportunities for members to get involved with the direction of our party on every level. 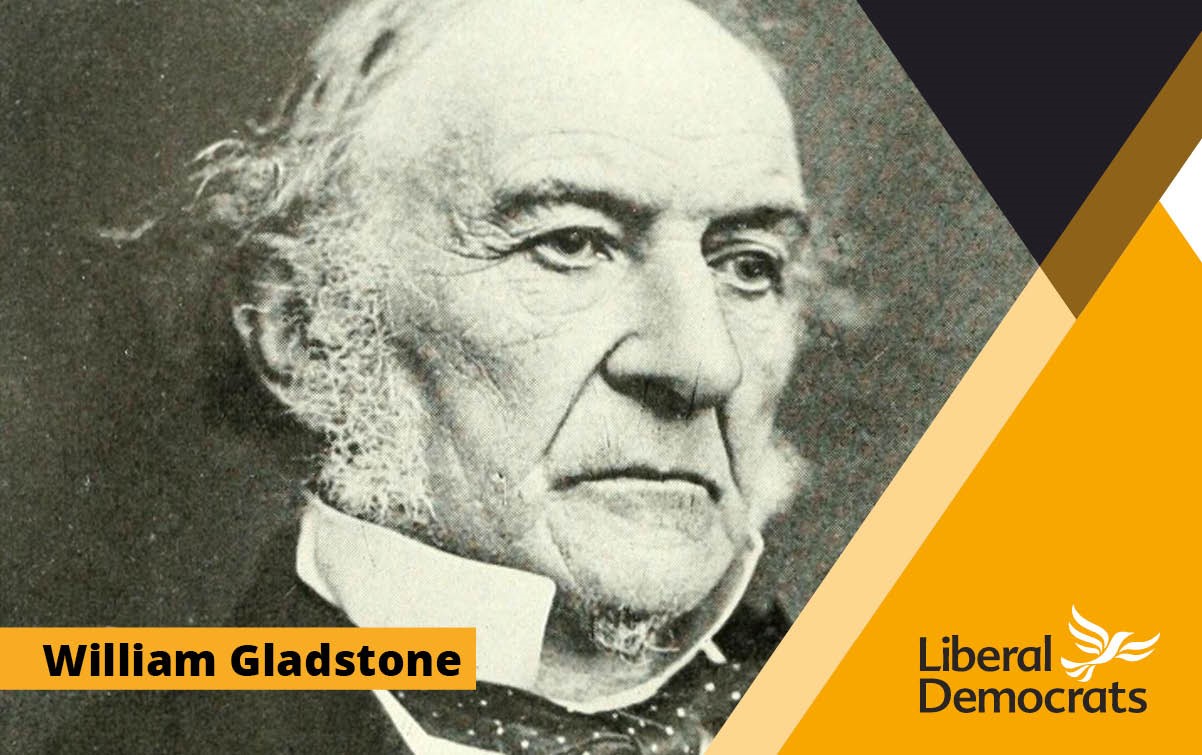 “The Grand Old Man” of British Liberalism needs little introduction and was Prime Minister no less than 4 times. He’s remembered for his wide-ranging economic reforms helping the poor and his support for Irish Home Rule. 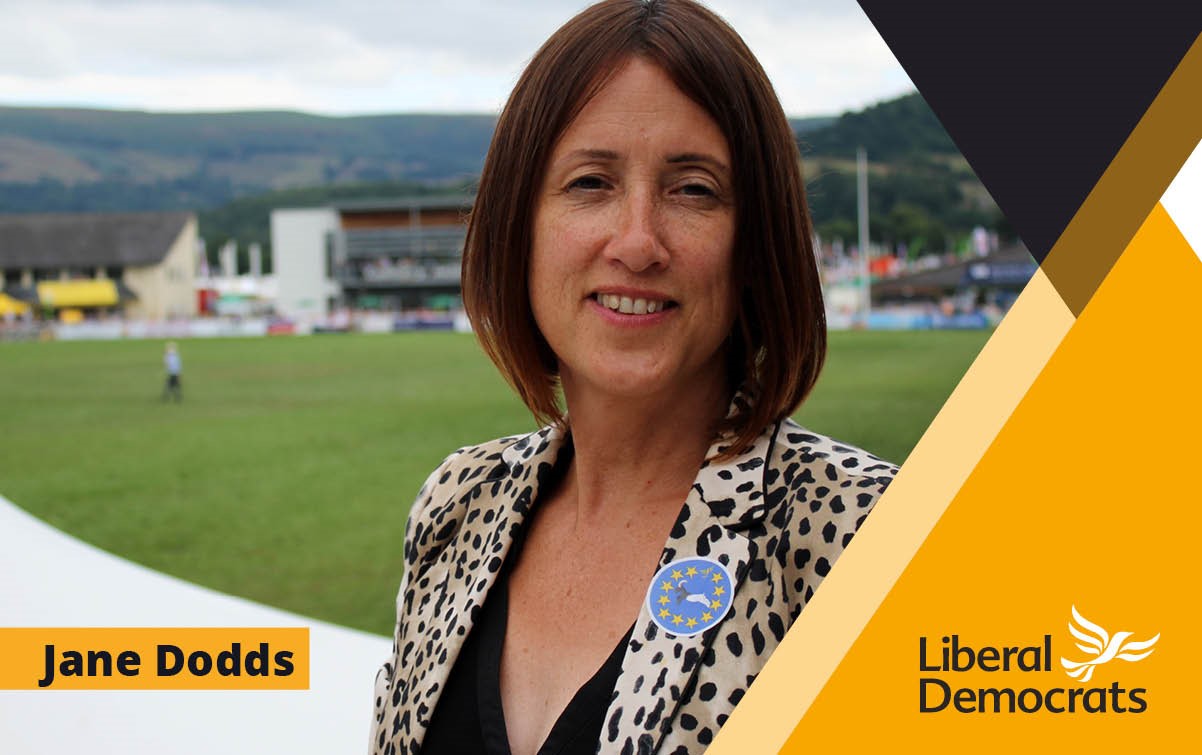 Jane is the leader of the Welsh Liberal Democrats and MP for Brecon and Radnorshire. She won her seat in a by-election, overcoming a huge Tory majority, after the previous incumbent was found guilty of submitting false expenses claims. 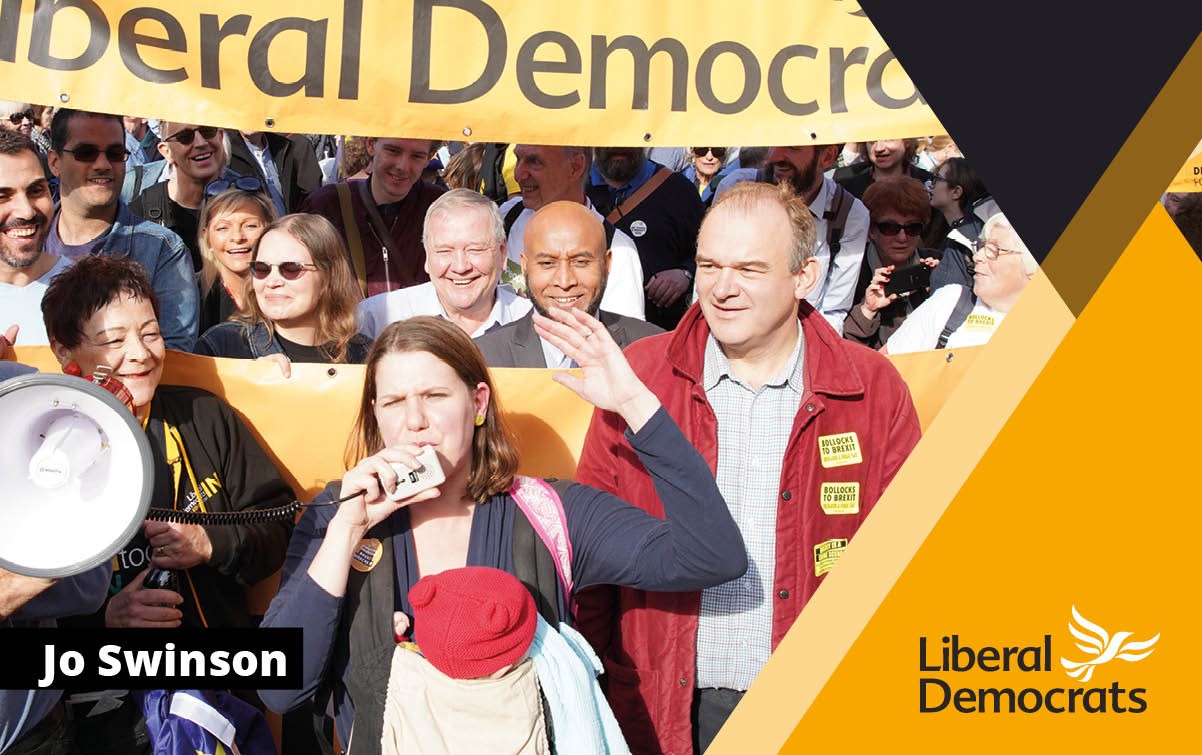 Jo is the leader of the Liberal Democrats, elected in July 2019. She is a fierce campaigner for gender equality and as a coalition minister delivered equal leave for mothers and fathers amongst many other achievements. 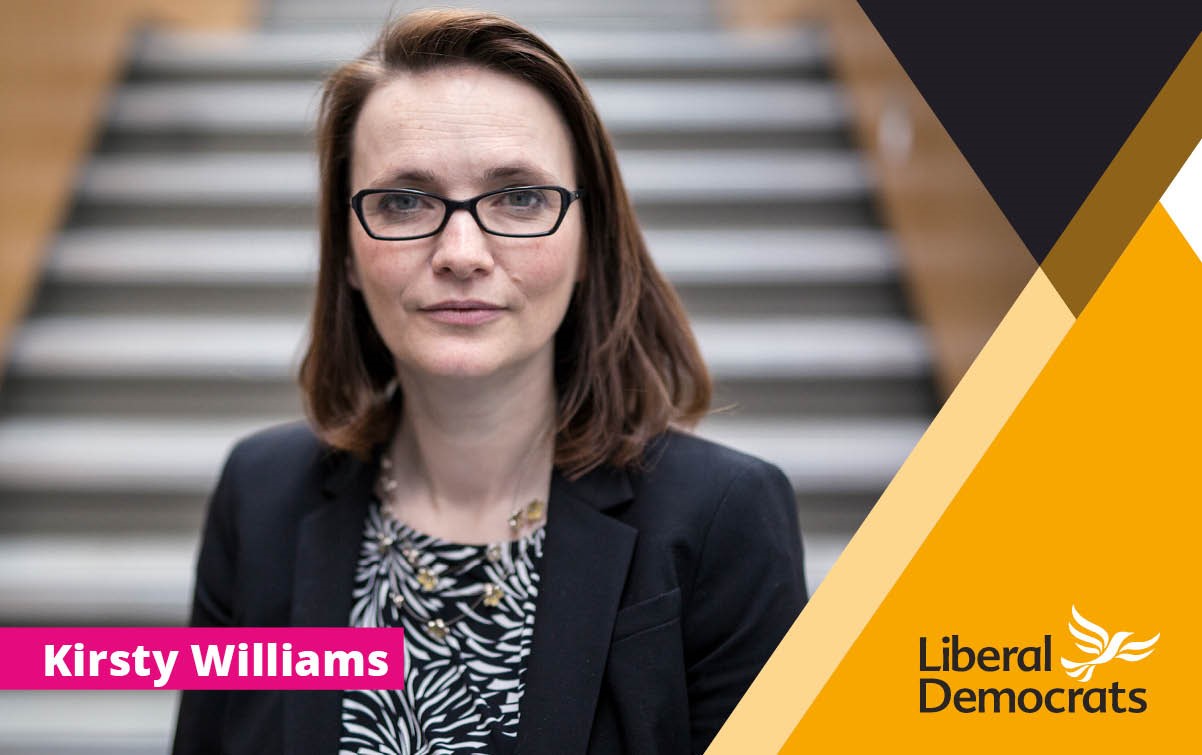 Kirsty is the Liberal Democrat Welsh Assembly Member for Brecon and Radnorshire. In 2016, she signed a Progressive Agreement with Labour that saw her become Education Minister for the Welsh Government. As a minister, she’s delivered on key Lib Dem policies including reform of student maintenance grants and gender neutral uniforms. 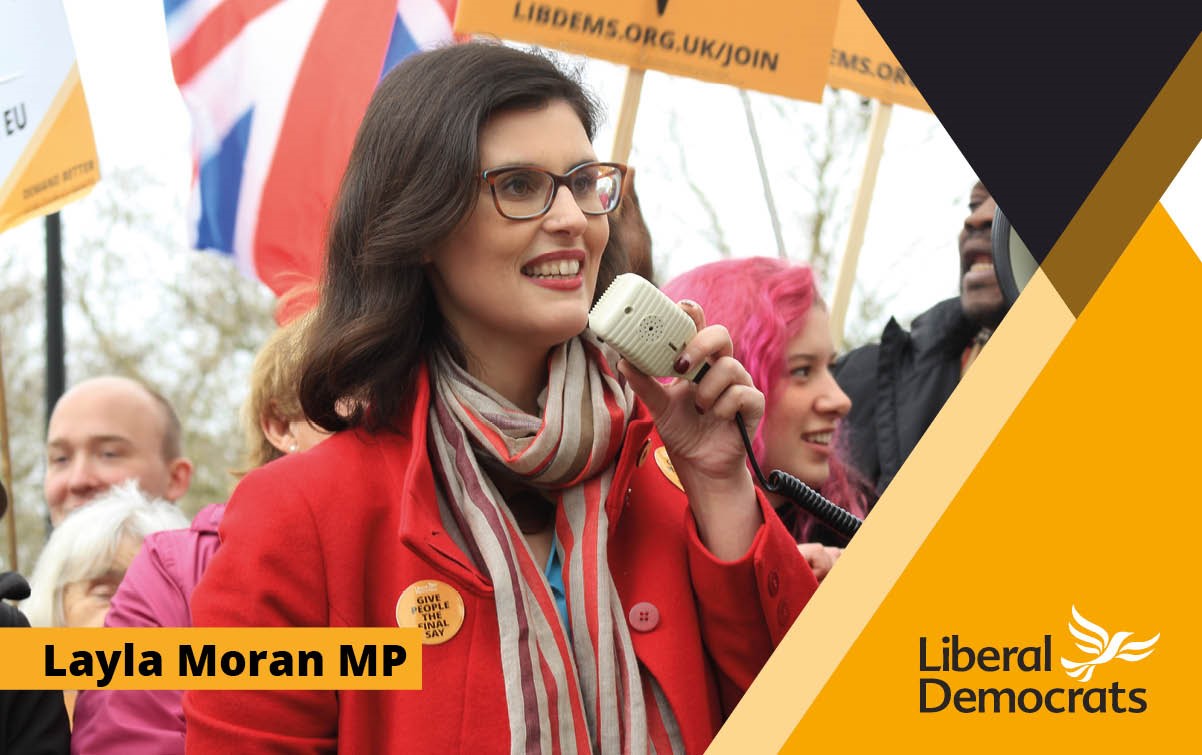 Layla Moran is the MP for Oxford West and Abingdon, as well as Lib Dem Shadow Cabinet member for Education, Digital, Culture, Media and Sport. As a former teacher, she’s fought to eradicate period poverty and hold the Government to account over its broken promises on childcare. 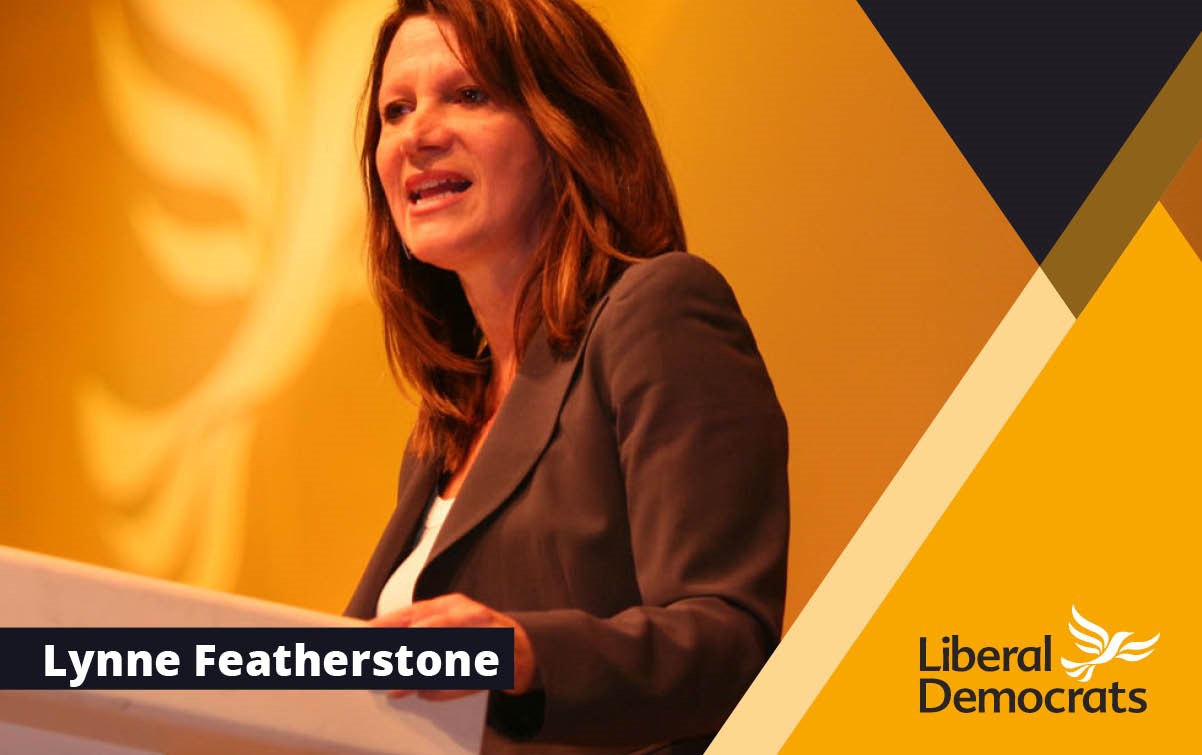 Lynne was MP for Hornsey Wood and West Green from 2005 to 2015 and has been a Lib Dem peer since October 2015. Perhaps her greatest achievement was penning and championing the Marriage (Same Sex Couples) Act 2013. It’s one we’re exceptionally proud of too – we have a signed copy on the wall at Lib Dem HQ! 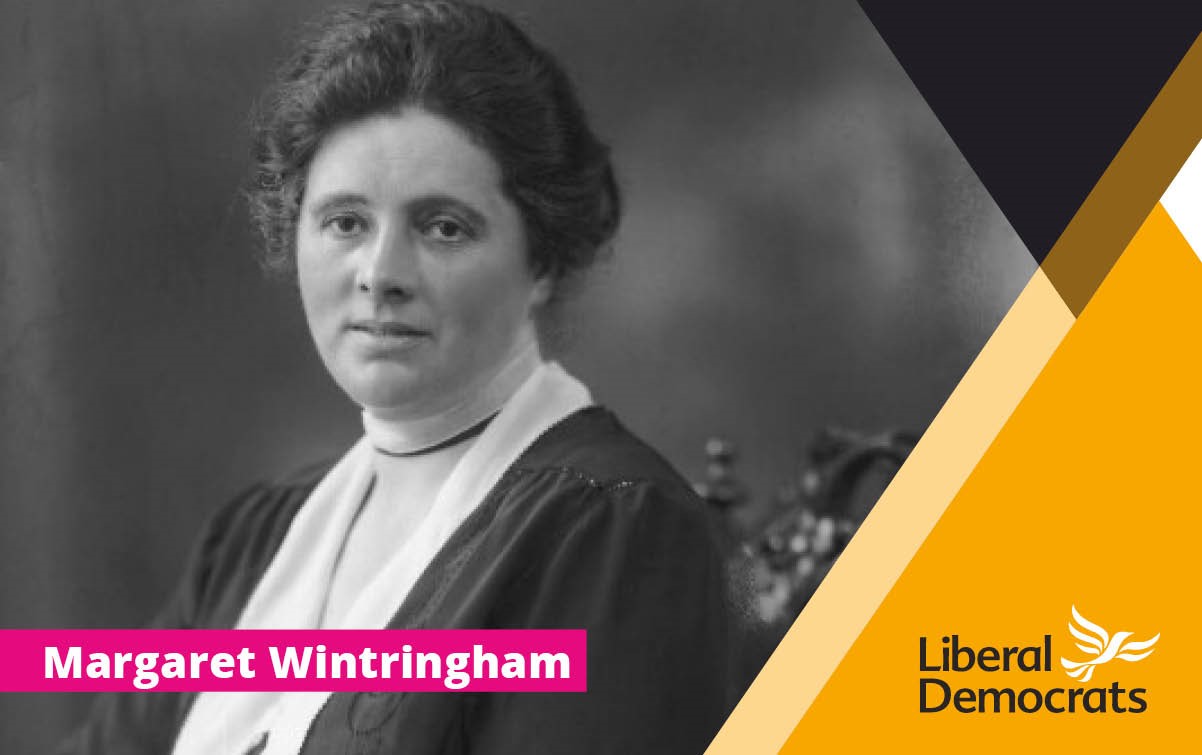 Margaret was the second woman to take a seat in the House of Commons. She was a fierce campaigner for equal franchise – at the time, men over 21 could vote but only some women over 30 could. She also fought for equal pay and state scholarships for girls. 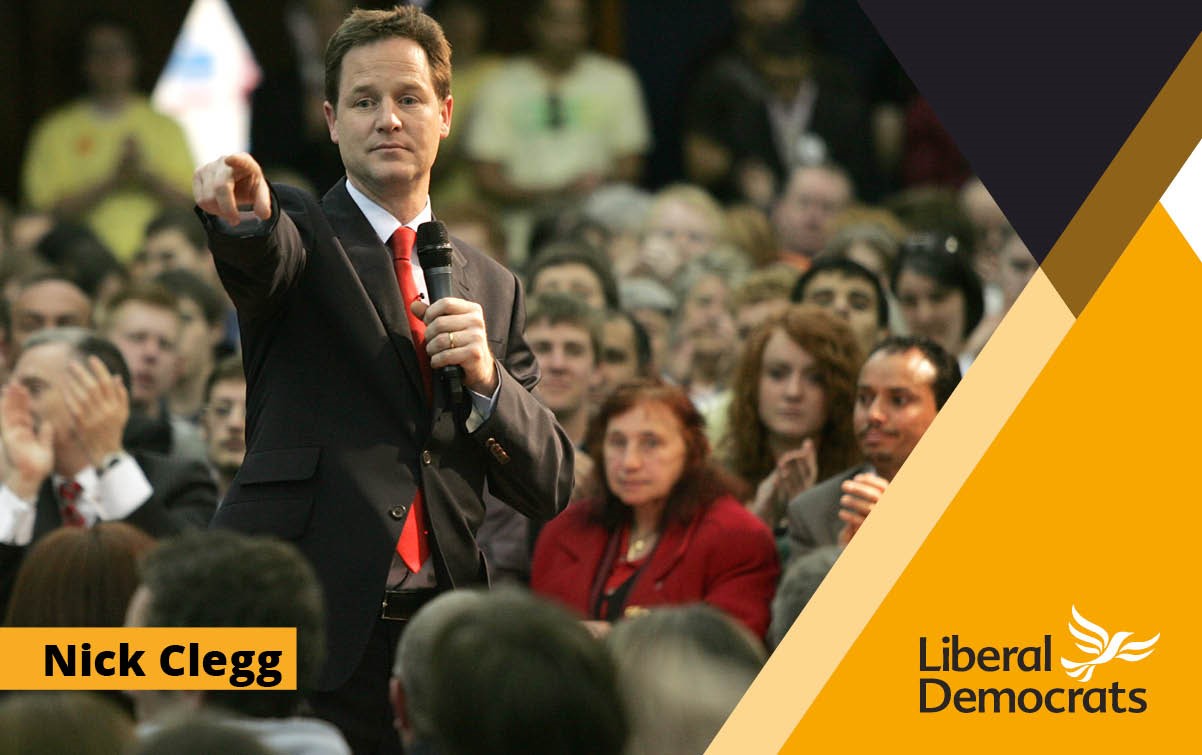 Nick was the first person to lead us into government since the Second World War. Thanks to him, in coalition, we passed policies like raising the income tax threshold – raising millions out of poverty. Under his leadership we also secured same sex marriage, made Britain a world leader in wind energy and started the Green Investment Bank. 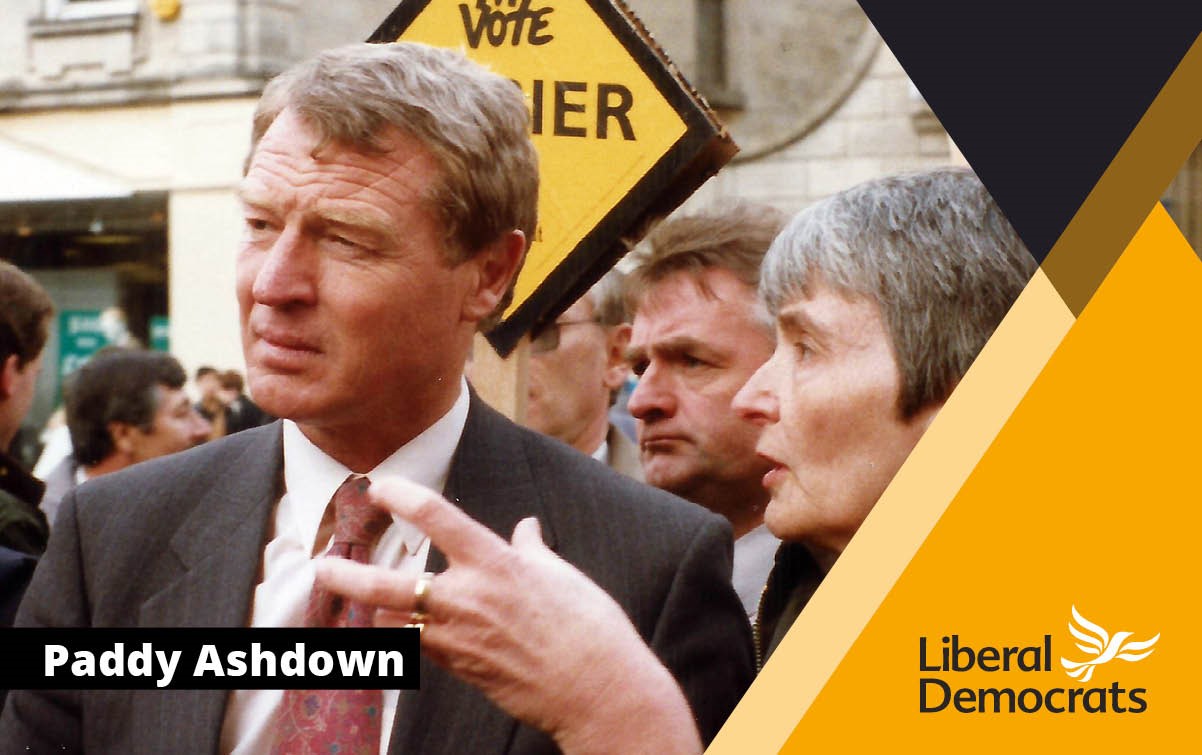 Paddy was the first Leader of the Liberal Democrats. He was a champion of electoral reform, social justice and cross-party voting. In fact, he was so highly regarded, not just in Parliament but across the globe, that in 2002 he was made the High Representative for Bosnia and Herzegovina. 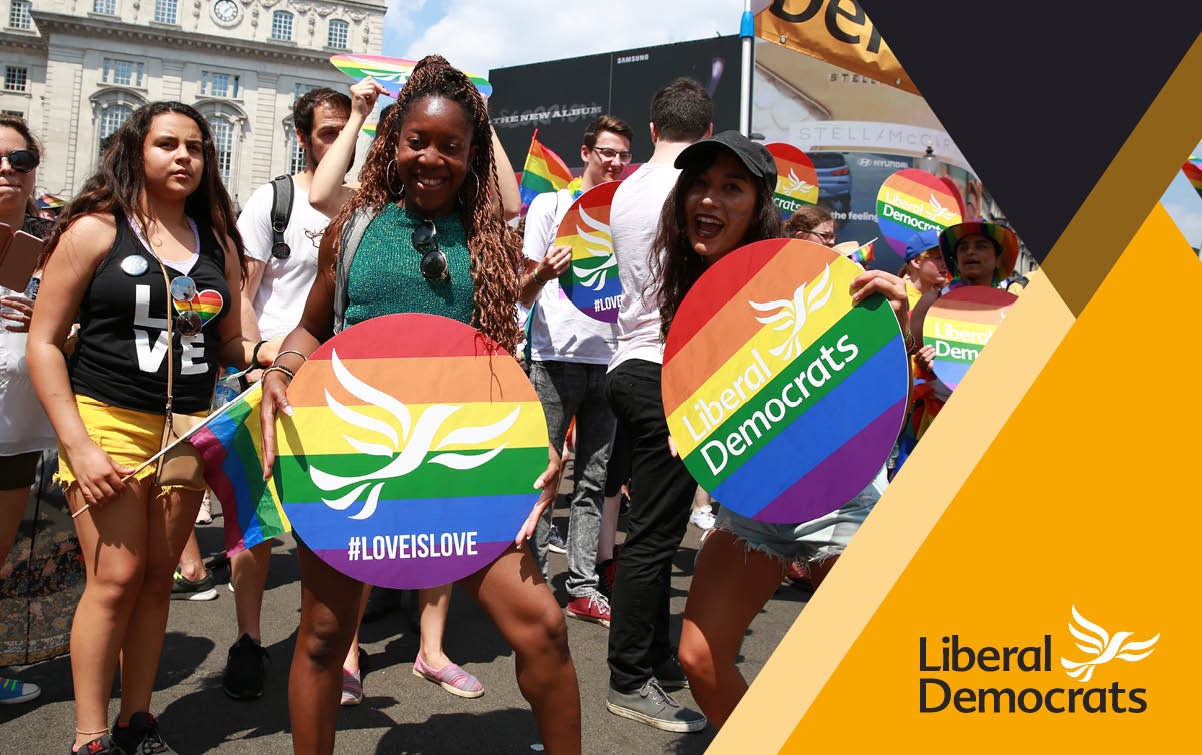 LGBT+ issues are an issue close to the heart of the Liberal Democrats. We’re proud of our record, from tabling the motion that abolished Section 28 to writing same-sex marriage into law to Kirsty Williams’ work in Wales with LGBT+ inclusive sex and relationship education. 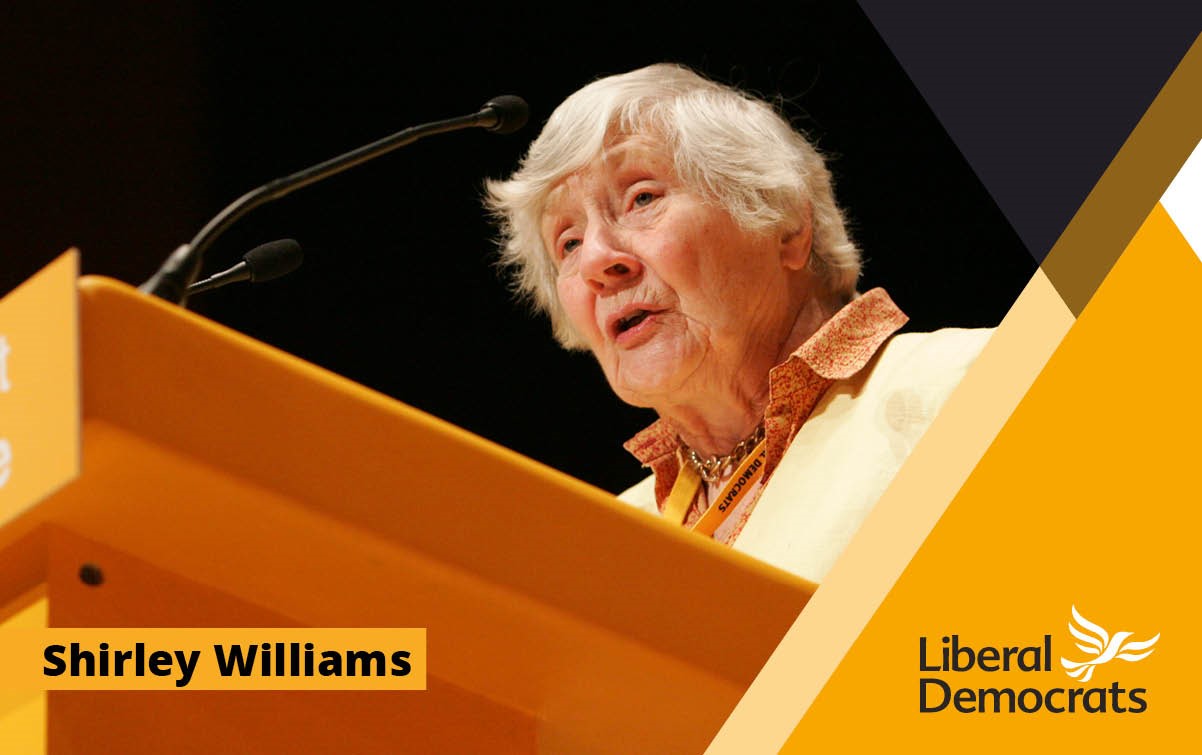 Shirley was one of the “Gang of Four”, former senior Labour politicians who broke away to form the SDP, one of the predecessor parties to the Liberal Democrats. As a former education minister, she championed comprehensive schools as an alternative to grammars – making education accessible for millions nationwide. 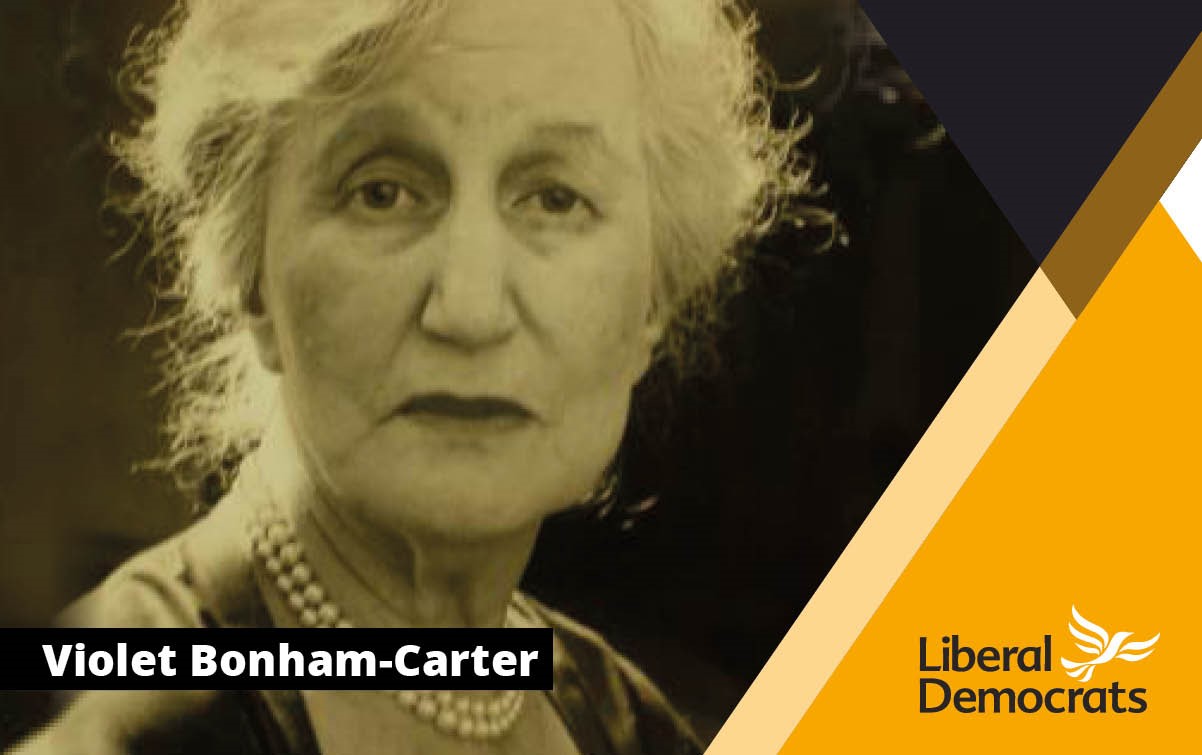 Baroness Bonham Carter was a leading Liberal politician during and after the Second World War. Violet always believed in standing up to the far right. She was a strong critic of Neville Chamberlain’s appeasement policy towards Nazi Germany before the war. 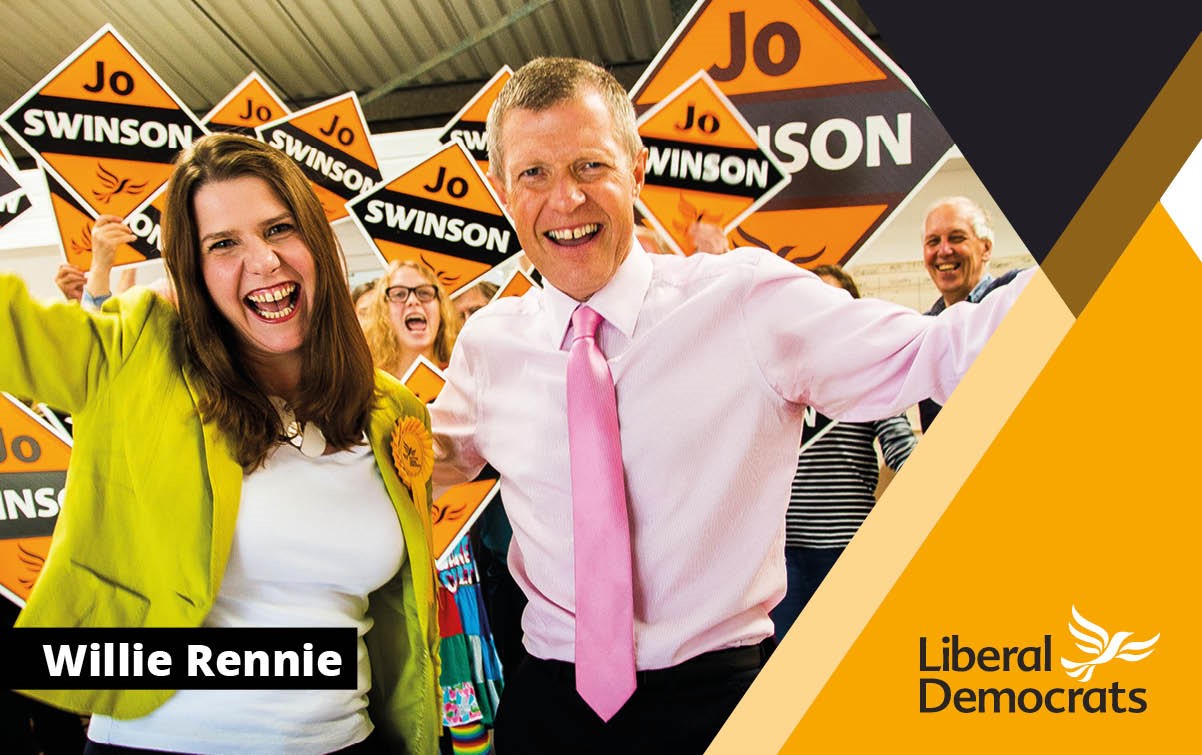 Willie is leader of the Scottish Liberal Democrats. He’s a long-serving local champion and fighter against nationalism of all kinds. He’s also a proponent of home rule and wants to see further powers delegated to the Scottish Parliament.