This election is a once in a generation opportunity to reshape our politics, and give hope to the millions of people who want a fairer, brighter future.

That’s why, today, we have launched our campaign slogan: Stop Brexit. Build a brighter future.

The Liberal Democrats will stop Brexit and build a brighter future.

This slogan reflects a positive forward-looking vision for the country, and to get the word out, a poster van with this message will be touring the constituencies of Boris Johnson (Uxbridge) and Jeremy Corbyn (Islington North) this morning.

Boris Johnson & Jeremy Corbyn are stuck in the past and the Liberal Democrats represent a brighter future.

Both the Conservatives and Labour are stuck in the past, failing time and again to build a better future. We have an ambitious plan for the future of our country, where every person, every community and our planet can thrive. 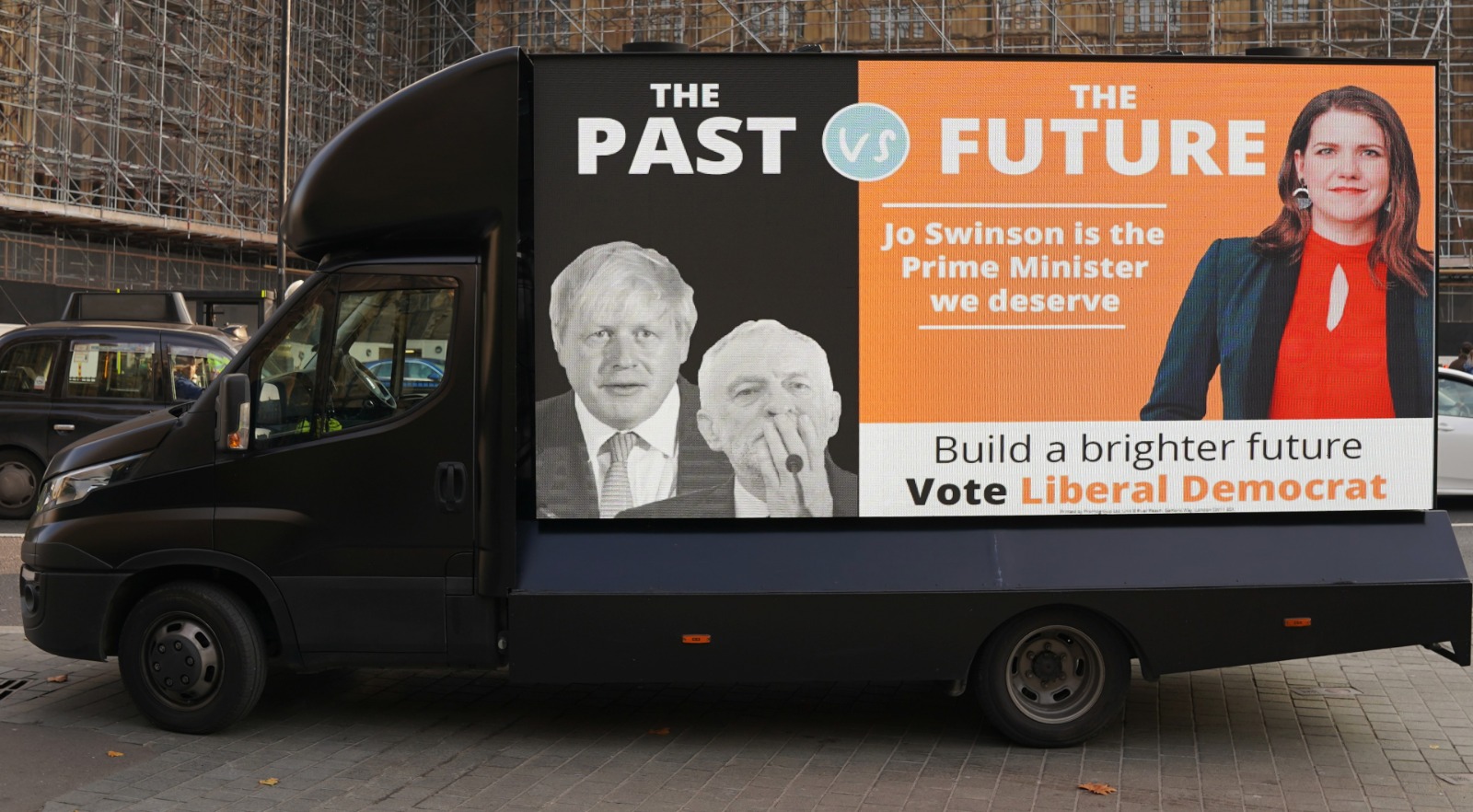 This General Election is about the direction of our country for the next generation.

The Liberal Democrats are the strongest party of Remain and we are ready to fight to stop Brexit and ensure that we can build a brighter future for our United Kingdom.