Take a sneak peek at our first EU election leaflet

Yesterday, Labour confirmed their position on a People’s Vote. As expected, they’ve stuck to the same old Brexit fudge. Jeremy Corbyn is letting down his MPs, members and voters by refusing to fight to give you the final say.

The Liberal Democrats demand better. Brexit is the biggest issue of the moment. The people deserve clarity from Labour. But all they’re getting is a cynical attempt at playing both sides.

This whole mess started when Labour’s European leaflet leaked last week. So, in the interest of clarity, here’s our first leaflet, going out at the end of this week: 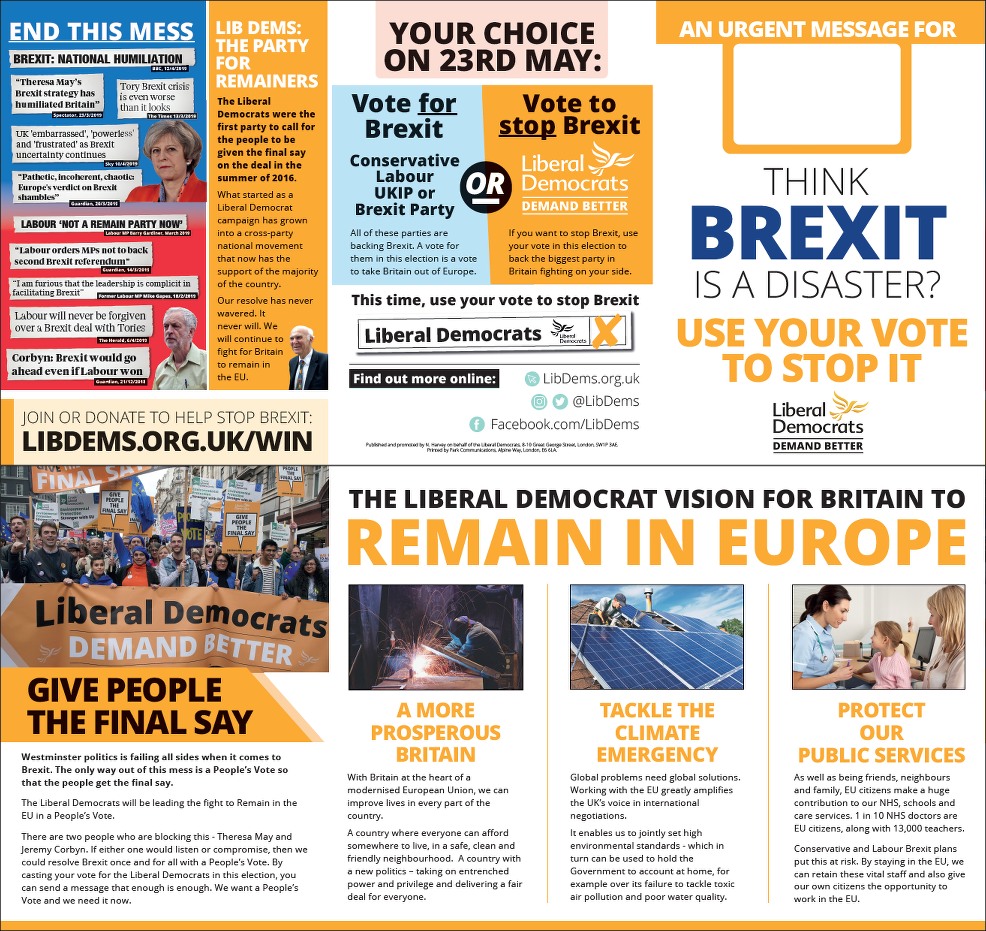 Hint – click the leaflet to open it in a new tab

We aren’t going to hide from what’s best for the country. We’ve been fighting to give the people, not politicians, the final say on Brexit for 3 years. We’ll shout it loud and clear, while Jeremy Corbyn tries to duck his own party’s policy. A vote for the Liberal Democrats is a vote to stop Brexit.

Over the next 3 weeks, we’ll be reaching out to millions of Remainers up and down the UK. But this comes at a cost. £10 could help us reach an extra 2000 voters – will you donate now and help us stop Brexit?