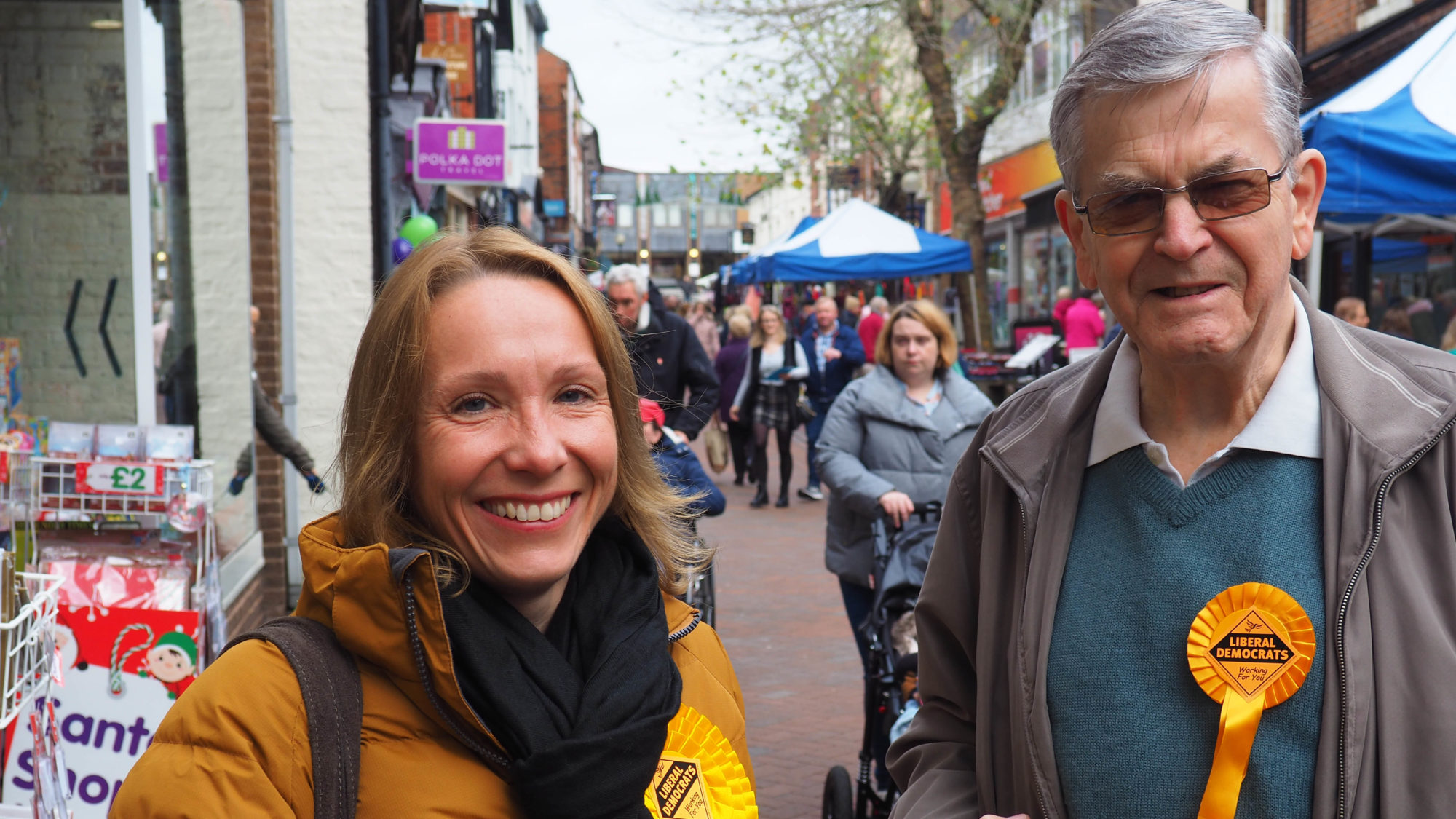 John was a long-standing member of the Liberal Democrats and a member of St Martins Parish Council. He was very active in the community, a trustee of St Martins Centre and Editor of the St Martins Village Life Magazine. John was a Strategic Partnership Manager for the Citizens Advice between 1999 and 2012. He was also a representative on the Shropshire Association of Local Councils local area committee.

Chair of North Shropshire Liberal Democrats, David Walker, said:  “This is very sad news. John was heavily involved in the community and will be greatly missed by everybody.

“As a Liberal, he has been a huge asset to the local party and his clinical insight was widely appreciated. He had a great skill for finding a weakness in service delivery and filling the gaps to improve the outcome for local people. Something I have witnessed when we were both County Councillors between 2001 and 2005, and later on our Executive committee.

“Since 2017 John helped me rejuvenate North Shropshire Lib Dems as vice-chair and our Membership Development Officer. John oversaw rapid membership growth of 250% during this time and played a key role in the last general election organising supporters, helping us to grow our vote share more than any other party.

“In 1992 John achieved the highest vote share for a Liberal since the merger of the Liberal Party and the SDP in 1988. He often joked that it was his fault we had been lumbered with Owen Paterson.

“His insight and knowledge was a huge asset to us all. Indeed, if he was writing this it would be half as long and four times as good. He will be greatly missed.”

Shropshire Councillor for Wem, Chris Mellings, said: “John joined the Liberal Party in the 1960s and was an enthusiastic supporter of the merger of the two Alliance Parties. He had stood for Parliament elsewhere in the 1970s before being selected to fight the North Shropshire Constituency at the 1992 GE.

“No one understood the finances of the County Council better than John – other than the County Treasurer of course. He knew that the way to influence what happened at the Council depended on who controlled the purse strings! After the 1993 County elections, the Group formed an coalition with Labour to control the Council. Recognising the influence finance played, it was he who ensured it was the Liberal Democrats who chaired the all- important and influential Resources Sub Committee – of course it was John who then chaired that Committee and proved to be a very effective one too ! He was also a very effective Deputy Leader of the Council and powerful advocate within both the Council and the Administration for the Liberal Democrat perspective. He was no fool and would be at his best when challenging Officers and carving out what he thought was the best strategy and direction for the Administration at a time of financial difficulties resulting from central Government’s failure to adequately finance counties such as Shropshire – some things don’t change! He was very driven and determined to great effect and developed a very effective working partnership with the Labour Leader of the Council to get things done. It was a great loss to both the Council and Group when he lost his seat at the 1997 County election. Though he regained his seat in 2001 it was not the same John Stevens as eight years previously.

“That said, during his time as a County Councillor, he was an effective Councillor, a strong voice for his community and the Liberal Democrats and someone who made a huge. He will be sadly missed.”

Please feel free to comment below to pass on your own condolences, to share a story or a memory of our friend John: