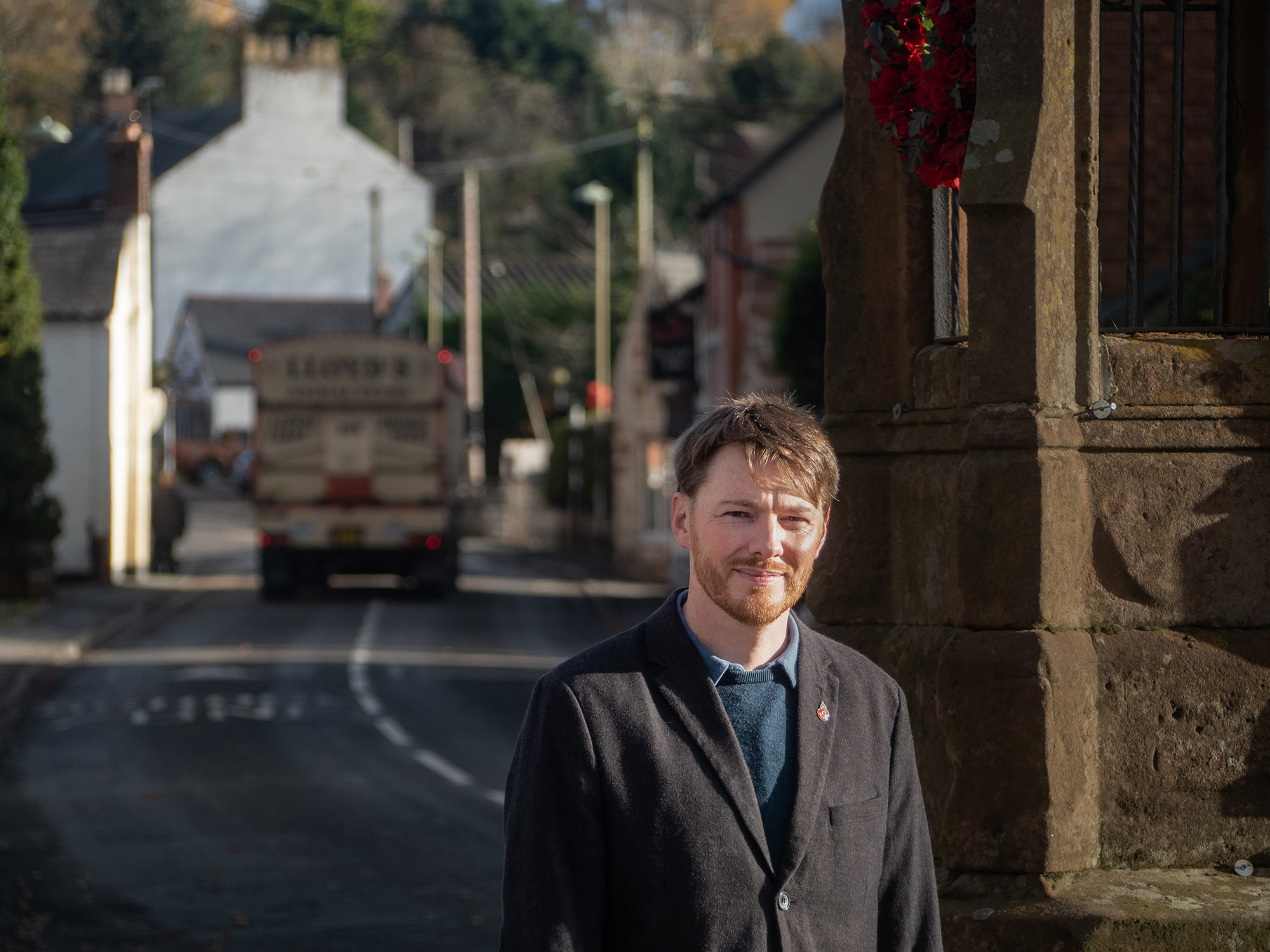 Robert said: “I want to stand up for, and represent my local community, to help hold the Tory council to account, and to work towards improving the lives of residents and communities across Shropshire.

“I feel particularly strongly about devolving power, empowering local communities and getting their voice heard. Standing for the Liberal Democrats is the best way to achieve that.”

Robert was born and bred in Baschurch and works in agriculture, specifically free-range poultry and egg production.

Helen Morgan welcomed Robert Jones to the Liberal Democrats in a socially distant way in Ruyton-XI-Towns.

Helen Morgan, who was the Liberal Democrat candidate at the last General Election, said: “The election next May will be hugely important. Residents will have an obvious choice, the incompetent and wasteful Conservatives or the Liberal Democrats who will fight for Shropshire and represent the only choice for change.

“Robert has a lot to offer the residents of Ruyton-XI-Towns & Baschurch. He is an excellent addition to our growing team. More importantly, he will be a first-class advocate for his community at Shirehall.”

Helen Morgan will also be standing for Shropshire Council next May in The Meres division. The Liberal Democrats will be building upon recent growth and fielding many more candidates in North Shropshire than they have for many years. They are optimistic about retaking previously held seats and making new gains

Robert concluded: “I can’t wait to get to work, win this election and then deliver for the residents of Ruyton & Baschurch division and for Shropshire.”

If you agree with Robert and think #ShropshireDeservesBetter than the Conservatives why not join us in fighting for Shropshire.