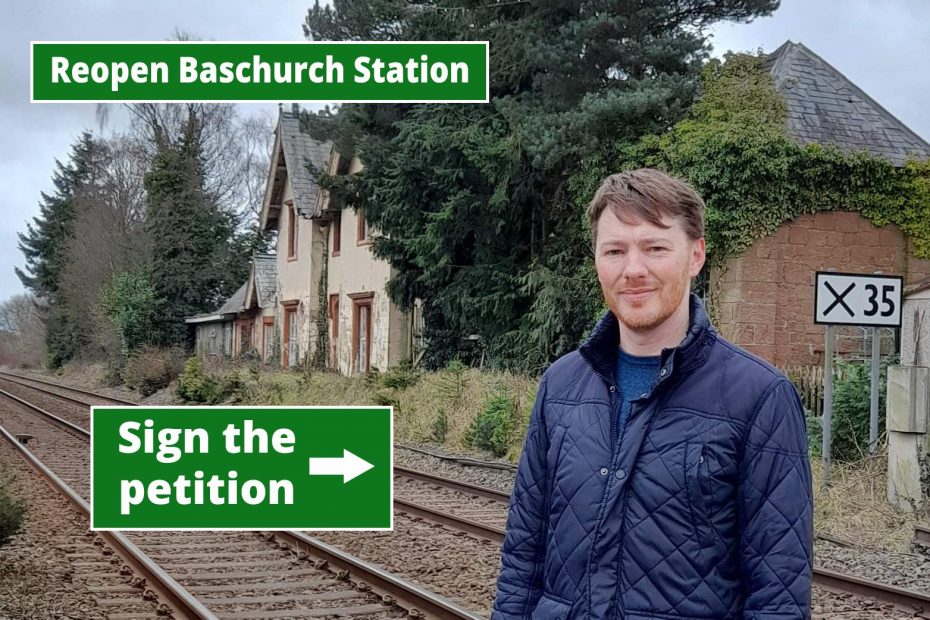 Robert said: “Baschurch is a growing community. Growth brings a greater need for more and better connections with the world.”

“A new railway station in Baschurch could bring tremendous benefit to everyone in the area.”

Baschurch is on the Shrewsbury-Chester line, which also serves Gobowen (with access to Oswestry and the Orthopaedic Hospital) and Wrexham, and direct trains through to Birmingham International ✈️.

The original station was closed in the 1960s after serving our communities for 112 years. Reopening the station has been proposed several times in the past, but this time it’s different. Baschurch and nearby communities have grown considerably since the last study was conducted 14 years ago.

Today more government funding 💷 is available for reopening closed train stations and lines, but so far the Council has done nothing to secure that funding, despite the overwhelming benefits for our communities and further afield.

If we want our station to open again, we need to make our voices heard! 📢💪🗳